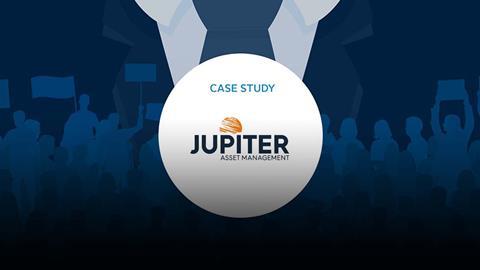 Jupiter is a specialist, high conviction, active asset manager with more than 30 years’ experience integrating ESG risks and opportunities. The firm’s Ecology funds are managed using a strategy developed by the dedicated Environmental Solutions team, which focuses on issuers that are credibly addressing the environmental challenges of climate mitigation, adaptation, and natural capital restoration.

The strategy’s multi-asset and fixed income Ecology funds developed a proprietary sovereign debt investing framework that goes beyond risk assessment. The framework also considers actual social and environmental outcomes of sovereign green bonds, including human rights. The strategy invests in labelled sovereign bonds and both labelled and non-labelled bonds from other issuers.

The labelled bond market has grown exponentially over the past decade, with sovereign debt – fixed income’s largest asset class – and sub-sovereign debt no exception. As we have an environmentally focused strategy, green sovereign debt is part of our investment universe, provided we can demonstrate that it meets a certain responsible investment threshold, which we believe encompasses human rights considerations as well.

Integrating human rights considerations into labelled sovereign and sub-sovereign debt is equally if not more important than integrating them into unlabelled bonds in our view because investors and their clients often buy these bonds to meet, or at least signal, sustainable objectives. Labelled debt offers an opportunity to showcase an issuer’s environmental and social activities.

However, proceeds from green, social and sustainability bonds are fungible. Rather than directly financing sustainable projects, they are earmarked for this use for accounting purposes. A government may use the bond’s proceeds in real-time on any government activity, which in some cases could include actions detrimental to human rights. Therefore, investors buying these bonds to achieve a particular real-world outcome need to consider the activities of the government as a whole, including in the context of human rights.

This consideration also applies for unlabelled government bonds, but we emphasise these factors for labelled bonds given these instruments are more likely to exist in the portfolios of sustainability or otherwise outcomes-oriented investors.

How we have integrated human rights considerations into sovereign debt investments

The UN Global Compact is a set of ten principles related to human rights, labour, the environment, and anti-corruption. Established in 2000 by former UN Secretary-General Kofi Annan, the Global Compact seeks to mainstream these principles in business activities worldwide.

The Global Compact has been a mainstay for Jupiter’s Ecology funds in assessing corporates. We found it a similarly good fit for sovereign debt, as its ten principles are based on international declarations and conventions to which nearly all countries in the world are already a signatory or party. For example, the basis for Global Compact Principles 1-2, the Universal Declaration of Human Rights, has been codified in the nine core human rights treaties, of which 80% of UN member states have ratified four or more, representing their universality across a wide set of geographies and cultures.[1]

A set of guiding principles

We also set principles to guide the implementation of this framework in our investment process, selected for their suitability for the sovereign debt space.

This process results in sovereigns falling into one of three categories: those where investment is permitted; those that are put on a watchlist but remain investible; and those that are excluded from investment.

Exclusions are a matter of frequent debate and we understand other market actors may take a different view. Our team considers that if governments are not willing to improve, and engagement is likely to be ineffective, the only option to avoid harm is exclusion. However, we still support environmental and social progress in excluded jurisdictions through our active investments in development banks and other development finance institutions. These actors have an extensive understanding of the challenges and operating environment in each country and can undertake direct project financing. By investing in the bonds of these institutions we can act as a stakeholder in support of direct action in more challenged regions.

The following case studies showcase two examples of how Ecology’s fixed income team used its proprietary approach to integrate human rights, amongst other considerations, into our sovereign and sub-sovereign debt investments.

Many civil society organisations and governments across a wide set of geographies consider capital punishment inconsistent with human rights. The adoption of the Second Optional Protocol to the International Covenant on Civil and Political Rights in 1989 and seven resolutions adopted by the UN General Assembly encourage the restriction and ideally abolition of its use.[4]

We integrate the application of capital punishment into our framework under our consideration of alignment with Principle 2 of the Global Compact: issuers should make sure they are not complicit in human rights abuses. In our view, a government that is actively carrying out the practice cannot be described as free from complicity in human rights abuses. Other topics considered under the human rights pillar include political and civil freedoms, as measured by datapoints from international human rights think-tanks and organisations.

The US municipal bond market is an increasingly active issuer of labelled debt. However, the US is one of the few high-income countries that actively engages in capital punishment, and this is primarily carried out at the state level. For example, from April 2003 until July 2020, the practice was effectively abolished at the federal level (no capital punishment was carried out), but during the same period more than 600 executions occurred in 28 states across the country, with forty percent of those executions occurring in just one state.[5] In recognition of distinct differences across the federal, state and municipal levels in the US, and consistent with our scope principle, we referenced publicly available data from the Death Penalty Information Center, a US non-profit organisation that provides relevant research and analysis.

In line with our authenticity principle, we consider where capital punishment has taken place rather than where it remains legal. As a result, we exclude debt directly issued by any US state that has carried out capital punishment during the year under review, unless there has been a significant policy change. This exclusion policy does not encompass agencies within the state, but we will take into account these factors in our pre-investment analysis for sub-state government entities. As the US federal government has not issued any labelled bonds, US Treasuries are out of scope for the fund’s strategy in any case.

Egypt’s issuance of a green bond in September 2020 attracted an order book more than seven times subscribed, allowing the government to increase the size of financing and pay a lower interest rate than it would for a conventional bond.

The proceeds were virtually earmarked for clearly beneficial and relevant projects, such as wastewater treatment, sea water desalination and modernisation of the metro system. However, as is common market practice, the government noted that the green proceeds “will be deposited in the general funding accounts” and that an equal amount is held in its treasury pending allocation to the targeted projects.

According to Human Rights Watch, an international NGO, Egypt is experiencing its worst human rights crisis in decades[6] and its website documents several severe human rights incidents taking place between September-December 2020 alone. The country has also received criticism from the UN Office of the High Commissioner for Human Rights (OHCHR): For example, in November 2020, UN experts condemned the government’s reportedly arbitrary arrest and detention of three Egyptian human rights defenders who had discussed human rights issues in the country with foreign ambassadors.[7]

Our Global Compact sovereigns framework currently excludes Egypt due to its performance across human rights, environment, and anti-corruption pillars. The exclusion is based on a range of data sources, including those cited above. However, we currently hold the labelled debt of several development banks, which we believe can help encourage positive environmental and social developments in the country. Our potential investment in the labelled debt of development banks must pass the same proprietary verification process as we use for corporates.[8]