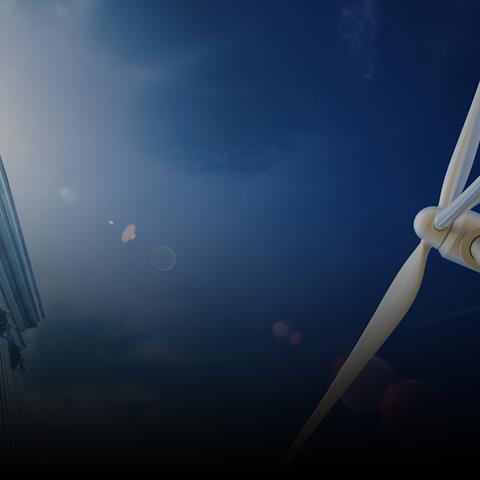 During a global pandemic it is easy to overlook other impending threats, such as climate change. COVID-19 struck at a critical time for international action against climate change. The parties to the Paris Agreement were expected to review, and ratchet up, their nationally determined contributions (NDCs) to the agreement in the course of 2020. COVID-19 has interrupted this momentum – hopefully only temporarily.

Following the Paris summit, countries including France, New Zealand, Sweden and the UK legislated net-zero emissions targets that are in line with the Paris objective of keeping the rise in global mean temperatures well below 2°C.

There is now no country in the world that does not have at least one law or policy dealing with climate change. The median country has eight such laws and the most prolific have well over 20 – Spain has no fewer than 38 climate laws or equivalent policies.

In early 2020, the total stock of climate change laws and policies worldwide stood at over 1,800. Some of them are executive orders or policies issued by governments, others are acts passed by legislative bodies.

In addition to the laws, edicts and policies passed by executive and legislative bodies, we are observing an increasing participation by the judiciary in the governance of climate change. About 1,500 climate change-related court cases have so far been identified worldwide, three quarters of which are in the United States.

Climate Change Laws of the World offers a rich depiction of patterns and trends in the response of nation states to climate change. We have discussed some of the most interesting ones in a recent paper for the National Bureau for Economic Research (NBER).

Practically all climate change laws in existence have been passed over the last 30 years. In 1990, there were only 35 laws relevant to climate change worldwide. As there was little awareness of the issue at that time, most of these laws had related objectives, such as energy efficiency.

By the mid-1990s the number of climate laws began to rise. Law making reached a peak between 2009 and 2014, when over 120 new laws were passed each year. During this heyday, significant framework laws were passed – for example in the UK (2008), South Korea (2010) and Mexico (2012). The peak was also supported by increased activity in developing countries.

While we cannot prove causality, the fact that climate legislation peaked before the 2015 Paris summit suggests that national legislation may have been an important factor in bringing about the Paris Agreement.

A striking feature of the climate change debate in countries like Australia, Canada and the United States is the strong party-political divide. Left-of-centre governments are generally more inclined to legislate on the environment, but political polarisation appears particularly pronounced for climate change.

However, a closer look at the global picture suggests that right-wing climate scepticism may primarily be an Anglo-Saxon phenomenon. When studying climate legislation in all democracies, we find that globally, the share of climate change laws passed by administrations of the political right, left and centre is roughly proportional to the number of years they were in power.

Although we do not control for other factors, this suggests that the task of passing climate change legislation is less partisan than the public debate in countries like Australia, Canada and the United States would have us believe.

With COVID-19 pushing the world into an unprecedented recession, there is a pressing question about the willingness of countries to pursue climate policy in difficult economic times. Climate change requires persistent policy intervention over decades and as such, it must cut across the business cycle.

However, the past 30 years suggests that the business cycle has had a material impact on the pace of climate change legislation. The inclination of countries to pass new climate laws falls noticeably when their economies falter.

This raises questions about the likelihood of ratcheting up emissions reduction commitments in line with the Paris Agreement, as the next round of NDC reviews will occur during the economic aftermath of COVID-19, widespread calls to factor climate change into the COVID-19 recovery packages notwithstanding.

Judges can play a role in climate governance

There is growing excitement among civil society organisations and environmental pressure groups about the role of the judiciary in promoting climate action. They have been inspired by landmark rulings like the Urgenda case in the Netherlands, which forced the Dutch government to increase its climate ambitions. Such high-profile cases are still the exception, however. The overwhelming majority of climate change-related lawsuits are concerned with much more operational matters, such as planning consent or the allocation of emissions permits.

The role that the judiciary plays in climate change governance depends not just on the number of cases brought, but on the rulings. There are just under 900 climate litigation cases where a judgement has been reached and the climate change outcome has been assessed.

A study of the outcomes in 534 US cases up to 2016 found that judges ruled in favour of more climate action about 40% of the time. Outside the US, we find that judges appear more inclined to support climate action, but pro-climate rulings still only account for about half of the cases. The judiciary is not yet the ally that environmental campaigners were looking for.

A long way to go

Ultimately, the value of these climate laws and court cases will depend on their ability to reduce greenhouse gas emissions or increase resilience to climate risks. On this, the message is mixed.

A recent study using the same data found that the body of climate change laws passed since 1999 has reduced global CO2 emissions over those 20 years by the equivalent of one year’s worth of carbon output. That is a lot of carbon, but nowhere near enough to stabilise global mean temperatures at well below 2°C.