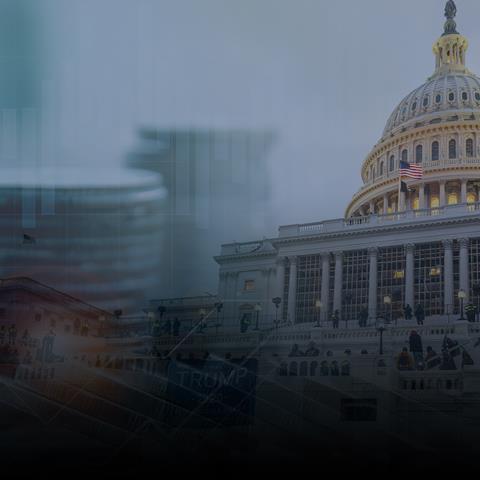 The aftermath of the January 6 riots on Capitol Hill highlighted a governance issue which is sometimes overlooked by investors: corporate political donations. A growing list of companies have pledged to cease or suspend donations to the 147 members of Congress who voted to oppose the certification of the Electoral College vote making Joe Biden the 46th President of the United States. Many more have pledged to review their overall approach to political contributions, with some halting all political donations in the interim. These companies have acted swiftly, not only to minimise reputational risks, but also to assert that the subversion of the presidential election process was a clear violation of their values.

This is an extraordinary development in a country like the US, which is a marked outlier when it comes to the role that money plays in politics, with spending in presidential campaigns running into the billions of dollars. Corporate funding plays an outsized role in campaign financing, following the 2010 Supreme Court decision in Citizens United v FEC which removed any limits that corporations or other groups could spend on political elections. While forbidden from using treasury funds to fund federal candidates and national political parties, companies can sponsor events and advertising, pay for certain state campaigns, sponsor PACs and Super PACs, and 527 groups (such as the Republican and Democratic Governors Associations). They can also make political donations through trade associations and social welfare groups if the primary purpose of these groups is not to influence elections.

That said, the shift in corporate positions may bring the substantial scale and inherent risks from their political activities into sharp focus in the US and beyond, proving an opportune moment for investors to examine their stance, both for themselves and at investee companies.

The risks of unchecked political donations

While some may argue that political donations are a legitimate act of political participation, others see the opacity and the potential for abuse too risky for companies, in the absence of proper governance safeguards.

In relation to legal risks and the use of dark money - despite a radical increase in corporate contributions post Citizens United - it’s often not discernible how company funds are being allocated to political causes and to what effect. In fact, companies themselves may be in the dark, particularly if they are donating indirectly and lack appropriate governance frameworks that could for example, enforce restrictions on how the money can be used.[1]

This creates a clear risk of companies donating to political figures or parties which may be aligned on a narrow policy objective but whose broader legislative activities may contravene a company’s stated position on various ESG issues. In the midst of the Black Lives Matter protests last year, companies were in the spotlight due to conflicts in their stated positions on racial justice issues and their donations to politicians with poor voting records on these same issues.

Substantial and unchecked corporate political donations can contribute to democratic instability, raising the possibility of policy capture and breeding distrust in democracy. If companies with deep pockets are perceived to trade favours and exert disproportionate influence vis-à-vis other interest groups, this could undermine the effectiveness of government institutions and have detrimental effects on social cohesion.

Political donations can also increase exposure to corruption risks, particularly where they are routed anonymously through third parties. The bribery scandal in Ohio where a utility company allegedly used donations in exchange for subsidies for troubled nuclear plants is a recent example.

Some companies appear to be addressing these risks. The 2020 CPA-Zicklin index finds that companies are strengthening oversight, placing restrictions on indirect political spending and limiting political donations to employee-funded PACs. However, this is far from the norm.

The role of investors

Investors too are waking up to these risks. The number of shareholder proposals put to companies to improve transparency of their political activities has increased considerably over the last few years. We are also seeing an expanded investor backing for change in corporate practices on this topic. The average support for shareholder proposals on disclosure of political donations has increased from 25% in 2017 to 40% in 2020, suggesting that global investors are seeing a stronger correlation between political activities and business risks. This recognises that unconstrained and misdirected political spending will not serve the interests of the company, their shareholders, or the ultimate beneficiaries[2].

Clearly it is in the interest of investors to evaluate and address these issues. As former Delaware Chief Justice Leo Strine pointed out, diversified investors cannot afford to distance themselves from their investees’ political activities, when ultimate beneficiaries are harmed by the corporate activities that tilt the regulatory process in a way that allows for more pollution, less benefits for workers and lax safety standards.

Therefore investors must set expectations for a responsible approach to political engagement as a whole, and engage to facilitate clear disclosure on donations, as well as other channels of influence. This may involve supporting policy change that improves the state of corporate donations in the US. Given the heightened risks from corporate political activities, it is reasonable to demand that companies roll out policies and governance frameworks that outline how they seek to influence the policy environment legitimately, clarify the boundaries of political influence, and the outcomes they are seeking to achieve.

Some may go further and ask companies to refrain from all political donations. This is the approach favoured by Transparency International and former Unilever CEO Paul Polman, among others, in light of the risks and the inherent potential for donations to reduce democratic accountability to citizens.

Given the potential impact of corporate political activities on ESG outcomes, this is not an issue where investors can stay on the side lines. Investors must take a systemic approach to corporate political activities. They need to address political spending that on the surface may be in a company’s narrow self-interest, but may indirectly impede progress on relevant ESG issues, be at odds with the public interest, or undermine the effective functioning of a democracy. Such an approach is consistent with the step-change in stewardship sought by PRI’s Active Ownership 2.0 programme.

To support investors, the PRI will be undertaking further work on a global approach to responsible political engagement from a governance perspective.

[1] See https://politicalaccountability.net/hifi/files/2020-CPA-Zicklin-Index.pdf, p 28-29 for examples of companies that restrict recipients of company funds from using those funds for election-related purposes.