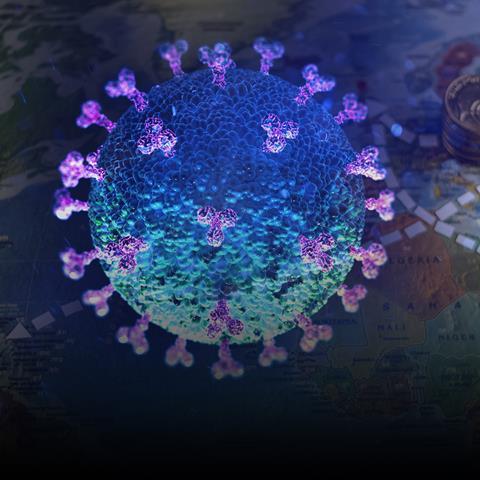 Could COVID-19 fight off tax avoidance?

For years, governments globally have been grappling with extensive profit shifting from multinational firms. This involves companies moving profits to subsidiaries in low or no-tax jurisdictions to reduce their tax burden, even when their business operations are elsewhere. According to academic studies, governments around the world lose nearly 10% of global corporate tax receipts every year to tax avoidance activities.

Despite some momentum, there has been a lack of political will to take strong and definitive action against firms avoiding taxes. However, as companies start to think about their purpose and accountability to stakeholders, and governments become more sensitive to public opinion, could it be that tax slowly shifts from an economic issue to one that is about good governance and fairness?

Could it be that tax slowly shifts from an economic issue to one that is about good governance and fairness?

Could we then expect new regulations with teeth to tackle the loss of tax revenues and channel any gains to recover from the deep societal and economic consequences of the pandemic? This piece explores if and how the health crisis may contribute to a re-evaluation of the tax environment.

Many governments around the world have announced measures to support companies that have faced adverse economic and operating conditions as a result of COVID-19. To ensure that bailouts are a good use of taxpayer money, they have instituted conditions on paying out dividends, buying back shares and executive bonuses. Denmark, Poland, Belgium and France have been the first few to announce conditions relating to tax, making clear that domestic companies registered in the EU list of tax havens will not be recipients of state aid. This means companies that have historically benefitted from presence in tax havens will have to bear the cost of their past actions. The EU has agreed that this is a reasonable step to take, if its list of tax havens is used.

This list does not include member states even if they have been identified as secrecy jurisdictions in other lists. So, some argue that these announcements are merely symbolic and will do very little to curb tax avoidance globally. Moreover, it is not clear yet how many companies will be affected by these conditions and if other countries in the EU will follow suit. Some governments, for example in Canada, have expressed concerns that such conditions may unfairly impact workers at firms that have taken controversial tax decisions. Some EU countries may have similar qualms.

Yet, these developments drive home an important message: that public perception could be against companies that have been known to dodge their tax contributions and social responsibility, especially as people struggle to hold on to their livelihoods, and economic inequality continues to rise even further in the aftermath of the pandemic. This may result in a greater push for companies to re-evaluate their positions on tax and deliver a sustainable outcome not only for their shareholders, but society as a whole.

Indeed, bailout conditions linked to tax havens may just be the beginning. Civil society may press for more stringent conditions around greater tax transparency and oversight for companies receiving stimulus packages. The High Pay Centre, Fair Tax Mark and the Tax Justice Network have already been at the forefront of this debate – suggesting that ‘by attaching these bail-out conditions, the government would create an environment in which responsible boards could lead those companies affected by the coronavirus back to sustainable success in a manner aligned with the interests of wider society’.

If this were to occur, bailout conditions could become a useful tool to change pre-crisis corporate practice and beliefs around tax issues, and provide a chance for companies to clean up their reputations.

As national debts soar and budget deficits grow, governments will need to consider how and when they should raise additional taxes to minimise economic damage and provide for vulnerable people.

It is possible that governments look to recuperate ‘lost’ corporate taxes to fund the recovery post-pandemic. One avenue could be through the introduction of digital taxes targeting tech giants that have long been subject to regulatory scrutiny and resultant fines for their tax affairs.

France, with its recently introduced digital services tax led the way with unilateral action. The new tax was levied to account for the value generated by companies with digital models through their users/customers even if they didn’t have a physical presence. This caused significant trade tensions with the US due to concerns that US companies were being unfairly targeted. Eventually, a temporary truce was agreed, with the French government suspending tax payments for these companies until the end of 2020, while hoping that the negotiations coordinated by the OECD will bear fruit.

Now, all eyes are on the OECD – an organisation that has played a critical role in tackling tax avoidance via the Base Erosion and Profit Shifting (BEPS) project, and could help negotiate a global agreement on how to deal with tax challenges emerging from digitalisation. As part of their proposal, the OECD has pitched new rules on taxing rights and a global minimum tax rate. If successful, these rules could create a significant dent in the volume of profit shifting activities we currently see by creating disincentives to channel profits to tax havens and reducing unsustainable tax competition. However, these rules need multi-lateral agreement to be implemented in an effective manner.

If it is not possible to achieve co-operation on these new measures, then governments may act unilaterally to secure the funds needed for their economy to survive, potentially paving the way for more trade wars, tax disputes and greater tax uncertainty – all harming our efforts towards economic resilience and recovery.

Despite calls from investors and civil society over the last few years for a responsible approach to taxes, some companies have been resistant. Their long-held view that tax is a cost to minimise may have influenced their sluggish response to concerns. The PRI-run collaborative engagement on tax transparency found this is particularly the case in the US, where many companies are yet to develop a holistic and harmonised position on tax. Yet, the US multinationals are notorious for profit shifting – estimates indicate about 60% of their foreign profits are shifted to tax havens.

The problem has been that these companies have historically considered tax issues in isolation – ignoring the link to societal expectations and therefore, to the sustainability strategy of the company.

In the current climate, however, as societal tolerance of aggressive tax planning wanes, we can expect more public debates on what counts as appropriate tax practice. This should cause more companies to re-evaluate business contribution to the well-being of the society. Indeed, this is already explicit in some investors’ asks.

Overall, it appears that the pandemic has added an ethical dimension to our business as usual, in a way that we haven’t seen before.

It appears that the pandemic has added an ethical dimension to our business as usual, in a way that we haven’t seen before

From looking for minimum standards and regulatory compliance, the focus has now moved on to doing the ‘right’ thing to ensure fairness, even in terms of tax. So, companies that have been teetering around the edges of what may be ‘unethical’ practice will be called to account. And when they are, the consequences won’t just be reputational.