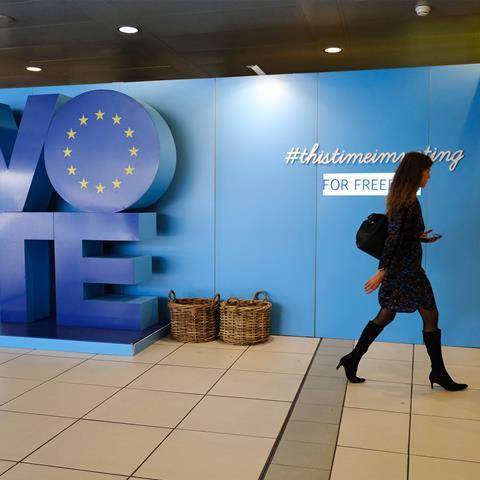 Why sustainability is the big winner of the EU election

The result of last month’s European election may have been challenging for big parties, but it seems to be good news for sustainable finance.

The EU has emerged as a global leader on sustainable finance in recent years, with sustainabile finance recognised as one of the four ‘pillars’ of EU sustainability policy. The EU’s long-term strategy to reach net-zero emissions by 2050 recognises the crucial role of private finance. And the EU’s High Level Expert Group on Sustainable Finance (HLEG) – to which the PRI was an observer – is being replicated around the world, bringing investors and policy makers together to develop the next generation of reforms.

The EU’s stance reflects commitment from all of the major institutions, but the parliament has been a particularly vocal advocate on sustainable finance, and this is only likely to increase following parliamentary elections in May. The European Parliament negotiates and votes on new legislation, scrutinises the appointment of new commissioners, and helps to set the tone of the debate in Brussels.

In May’s elections, record turnout and engagement of young and urban voters across Europe led the liberals and greens to swoop on seats across the continent, becoming the third and fourth largest European Parliament groups respectively, with a joint 174 seats. The so-called “green wave” was particularly striking in Germany, where the greens became the second biggest group sending 22 MEPs to Brussels.

These gains become all the more significant as for the first time since the parliament’s inception, the EU’s unofficial “grand coalition” between the centre-right European People’s Party (EPP) and centre-left Socialist and Democrats (S&D), lost its joint majority and will now depend on the support of smaller groups to take important decisions.

Environmental issues have enjoyed support from across the political spectrum in Brussels, but the increased presence of the greens and the liberal group (ALDE) may increase the ambition even more. These groups will have more clout in negotiations and greater say over who will fulfil key EU appointments.

Meanwhile, key advocates of sustainable finance were re-elected, including Macron’s liberal En Marche! candidate Pascal Canfin, former member of the HLEG, who is returning to Brussels. Canfin served as an MEP between 2009 and 2012.

The results can only bolster the ambition of the European Commission’s Action Plan on Financing Sustainable Growth, which builds from recommendations made by the HLEG. The EU Commission is expected to make sustainable finance a priority in the new term.

Pressure to adapt more environmentally friendly measures will not come just from within Brussels. Greta Thunberg’s school strikes have garnered support across the continent. According to an Ipsos Mori/European Climate Foundation pre-election poll of 11 EU countries including Denmark, Spain and Germany, environmental issues overwhelmingly influenced voters’ decision as they headed to the polls.

Some 82% of respondents said that policies on environmental and animal protection played a key role in selecting where to cast their ballot, while reducing air pollution and tackling global warming were important for 80% and 77% respectively.

The momentum will not be ignored by EU politicians. Negotiations are only beginning in Brussels and irrespective of who manages to secure the top jobs, sustainability policies are likely to emerge as the clear winner.