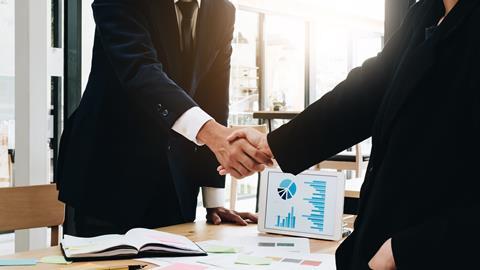 Siemens, Glencore, Bayer and Anadarko: Why ESG should play a key part in M&A 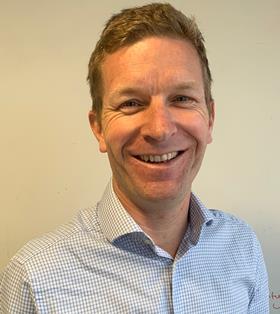 Mergers and acquisitions (M&A) were a big feature of the capital markets in the first three months of 2019 – the second-strongest start to a year for deal making since 2000 was notable for mega deals involving Bristol-Myers Squibb, Saudi Aramco, Occidental Petroleum and Fidelity National Services.

Big announcements around acquisitions and disposals cut away management spin and expose strategy. For institutional investors, big deals provide an unequivocal message about the business’s focus in the coming years and its key priorities. Deals can also require equity investors to fund new ventures through equity raisings. For management teams, big M&A deals are often fraught with risk; many fail to deliver shareholder returns and end in tears.

But what does this have to do with including ESG factors in investment research and decision making? Institutional investors and corporate executives increasingly acknowledge that embedding ESG considerations into business practices and investment decision making benefits business and shareholder outcomes. While there is little written on incorporating ESG into deal making, there are examples where ESG is clearly (or should have been) a key consideration. Some deals also provide investors with a clear indication of management’s strategy in relation to macro themes such as climate change.

Take, for example, the US$3 billion bidding war for Rio Tinto’s Australian coal business in 2018, highlighting different approaches to coal assets between two leading FTSE 100 miners. Rio Tinto’s decision to sell these assets came five years after the end of a commodity boom driven by emerging market economic growth. This change in fortune forced most of the larger miners into portfolio restructuring and cost cutting. Technology and regulatory changes also triggered questions in investors’ minds about the future role of coal in the global energy mix. Rio Tinto decided to offload its coal assets, the mirror image to the approach taken by Glencore plc, one of the final – and then unsuccessful – bidders. Glencore and Rio Tinto seemed to sit on different sides of the climate debate. Interestingly, after institutional investor pressure, Glencore subsequently “vowed to cap its coal production”.

This proposed acquisition was small fry compared to the recent US$56 billion acquisition of Anadarko Petroleum by Occidental Petroleum. Anadarko’s management strategy was centred on cost cutting and accelerating production growth from its US shale assets. Vicki Hollub, Occidental’s Chief Executive Officer, said the deal was an “exciting transaction” that would create a company with “industry leading free cash flow metrics”. But the deal will also result in higher gearing, meaning the company has a larger proportion of debt versus equity. That, and the fact the deal is unequivocally about oil, will result in an equity that is materially more exposed to the energy transition and the changes that might bring – even for oil reserves with a low cost of production.

Investors have focused on the oil and gas sector as part of their climate concerns; however, secondary impacts are also material – as are the implications for M&A deals. Siemens and General Electric (GE) play a core role in the delivery of technology to the power industry, an industry that has changed dramatically over the last 10 years due to regulation, technology and subsidies linked to the energy transition.

Both businesses have developed, or are developing, responses to these changes. Siemens is spinning off its power and gas division in a public listing in September 2020. The division has been facing “structural overcapacities and aggressive competitive behaviour”, and “unprecedented” challenges from a changing energy market.

GE has had a troubled recent past for a range of reasons, including its €12 billion acquisition of Alstom Power, which was completed in 2015 – the year of the Paris Agreement. This acquisition significantly contributed to GE’s $23 billion write-off from the value of its power industry division. Alstom Power was a significant supplier to the thermal coal power generation market, partly due to climate change and its implications.

For both businesses, the energy transition has contributed to significant changes in strategy, as exemplified by either the knock-on impacts of an acquisition (in the case of GE) or contributing to future strategy (Siemens’ disposal). To clearly understand the prospects of these industrial businesses, understanding and mapping different climate scenarios is clearly a fundamental driver of profitability.

Climate may grab the headlines, but identifying potential liabilities is also key to protecting shareholder value – or identifying where it is at risk 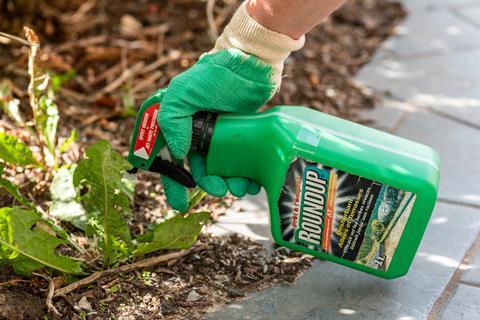 Germany-headquartered Bayer acquired US-based Monsanto, which manufactures Roundup, the herbicide. But there have been claims that Roundup causes or contributes to cancers.

Climate may grab the headlines, but identifying potential liabilities is also key to protecting shareholder value – or identifying where it is at risk. Bayer AG acquired Monsanto, the US seeds and crop protection company, for $63 billion in 2018 - a deal that Bayer’s management and shareholders may regret. Since the acquisition has closed, Bayer has received several negative legal judgements and financial damages on the basis that the herbicide Roundup, which it manufactures, caused or contributed to cancers among certain user groups.

Health concerns about Roundup were not new and the market has punished Bayer for its perceived mis-steps around the acquisition, culminating in a successful no-confidence motion against the management board, an unusual step in the German market.

Whether these cases are overturned or not, the damage has been done and investors’ perception of the business as a careful steward of capital will take time to recover.

Big M&A deals provide a clear signal to investors of future intentions by management. In certain sectors such as utilities, mining or oil and gas, the energy transition can make these deals transformational and send a clear message of management’s view on, for example, the future demand of hydrocarbons. In others, poor analysis of potential legal liabilities or reputational risks can impact credibility. Whatever the long-term outcome of these deals, it is clear that ESG issues should be crucial inputs in management and investors’ consideration of M&A.