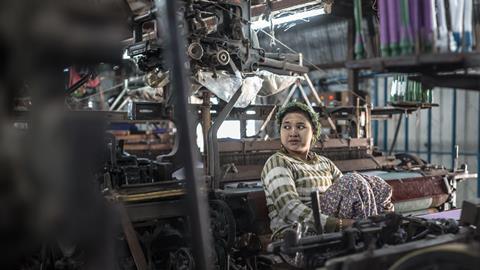 By Bettina Reinboth, (@BettinaReinboth), Head of Social Issues, the PRI 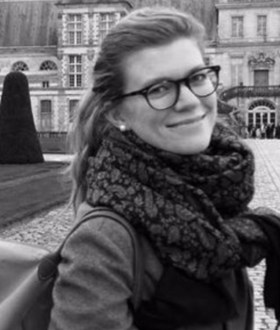 The news stories are far too common. Women who leave home on the false promise they will earn good money to send back to their family, without any idea they are being taken in by human traffickers. Men who are promised meaningful employment only to find themselves without any passport or ID papers in bonded labour on a construction site, or exploited in car washes in the UK. Children who are trafficked across borders to work in fishing communities, for sexual exploitation or being coerced into marriage against their will.

In 2019, you would think that slavery was something in the past, abolished many hundred years ago. But tragically, this is not the case. Modern slavery, including forced labour, debt bondage, forced marriage, human trafficking and other slavery and slavery-like practices, still exists. Although well hidden, and illegal, it is big business, with the International Labour Organisation (ILO) estimating that modern slavery and human trafficking generate US$150 billion in profits every year.

A staggering 40 million-plus men, women and children are reported to be enslaved. That’s one in 185 people. Women and children are disproportionately affected by modern slavery – accounting for 71 percent of the overall total. One in four victims of modern slavery are children, or about 10 million children globally. Often poor, vulnerable and low-skilled workers, as well as migrant workers, are at high risk of human trafficking. However, it’s not an issue limited to certain geographies or sectors. It’s a global systemic issue – with risks that can be found virtually in any industry. Some industries, however, are more high risk – those relying on third-party labour recruiters to bring in workers from home and abroad, for example in agriculture, and construction. These crimes occur in the transnational supply chains in everyday consumer products and can be found particularly in industries with long, complex and non-transparent supply chains such as fishing or apparel manufacturing.

What has the financial industry got to do with it?

Modern slavery and human trafficking is currently linked to the financial system in several ways. Traffickers often using cash-intensive businesses, informal banking systems or shell companies to launder funds. However, they may also try to launder profits illicitly generated from these crimes into the formal sector. Because of the enormous reach and diversity of the financial sector, the financial community has huge potential to shape the global economy in a way to address the criminal activity of modern slavery and human trafficking. And a group of financial sector actors are already embarking on this.

Chaired by the PRI’s CEO Fiona Reynolds and convened by the Ministry of Foreign Affairs of Liechtenstein, the Netherlands and Australia, and co-convened by Nobel Laureate Professor Muhammad Yunus, it is a public-private partnership responding to the calls from the United Nations Security Council and commitment by the G-20 for establishing public-private partnerships to end modern slavery and human trafficking. Since 2015, 193 countries have pledged to take effective measures to combat human trafficking, forced labour and modern slavery as part of the UN’s 2030 Agenda for Sustainable Development. Target 8.7 of SDG 8 on Decent Work and Economic Growth clearly sets the ambition.

#OpenYourEyes: this photo is part of an exhibition by CoMensha, the Dutch centre against human trafficking. It featured at the Netherlands consultation.

The work of the commission has been informed by a series of four consultations. The commission first met in the US, on the financial sector’s approach to anti-slavery compliance and anti-money laundering. In Liechtenstein the focus was to discuss responsible investment and lending practices, exploring how good practice in managing modern slavery risks is grounded in the expectations of the UN Guiding Principles on Business and Human Rights. In Australia, the meeting highlighted how financial sector innovation could be used to address the problem and tackle root causes, and in the Netherlands the group focused on the role of partnerships through international business conduct agreements and sanctions to address modern slavery and human trafficking.

In September 2019, the commission will release the full findings of the consultations, alongside recommendations of concrete actions to accelerate financial sector engagement in the fight against modern slavery and human trafficking.

If the finance sector plays a key role in tackling these crimes, undoubtedly, we can make a real measurable impact towards achieving the goals set by the UN Security Council and the G20 and end modern slavery. Wouldn’t that be a much better news headline?