After more than 10 years in operation, the PRI is more mature in many areas – including as an employer. We are increasingly recognised as a desirable place to work, and are benefiting from being able to attract growing pools of candidates for roles at both the senior and junior level.

Getting the best people

We have received good results from using the Applied recruitment tool, which brings a more data-driven, more collaborative and more objective approach to screening candidates.

As part of our 2018-21 strategy, we committed to conduct an organisational review once we had grown to more than 100 employees. The review conducted last year included:

As such, 2018/19 has been an important year for laying new foundations for the PRI, and we must now focus on embedding those changes and assessing whether they are delivering the value expected.

The UK’s status within the European Union 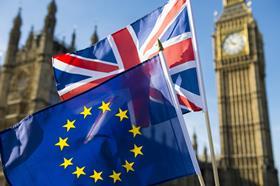 Risks for existing staff associated with the UK’s planned exit from the European Union (EU) is diminished following the EU Settlement Scheme, which opened for applications in March 2019. We are supporting relevant staff (EU, EEA or Swiss citizens without indefinite leave to remain in the UK) in applying to this scheme, and to date almost half have been confirmed with settled or pre-settled status.

The longer term implications on the ability of the PRI’s London headquarters to attract and retain the right staff are difficult to predict, particularly without knowing under what terms, if any, the UK’s exit will be negotiated. Approximately 25% of recruitment over the past two years has been from the EU.