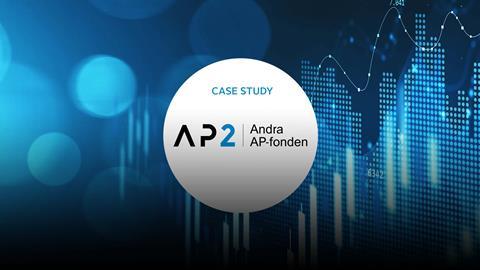 Andra AP-fonden (AP2) has aligned its foreign equity and corporate bond portfolios, which make up almost half of its assets under management, to meet the Paris Agreement’s 1.5°C goal. AP2 has reached alignment by using the EU Paris-aligned Benchmark (PAB) framework to develop its own multi-factor indices. This effort also reduces the climate risk faced by the fund’s global investments and further reduces its carbon footprint.

The fact that AP2 is managing its holdings in keeping with the PAB means that it does not invest in companies that generate more than 1% of their turnover from coal, more than 10% of turnover from oil, and more than 50% from gas. In principle, this excludes the entire energy sector. Nor does the fund invest in utilities that receive more than 50% of their revenues from electricity produced using fossil fuels. In total, approximately 250 companies will no longer be included in the fund’s portfolio. These divestments have been made without compromising the risk and return characteristics of the indices.

The development and implementation of indices and portfolios of global equities and corporate bonds to meet the requirements of the EU Paris-aligned Benchmark represents a big step forward in aligning AP2’s portfolio with the Paris Agreement. As far as the fund understands, this portfolio adjustment – covering approximately half of AP2’s total portfolio – is unique in that it includes both corporate bonds and equities.

AP2 believes that there are clear advantages to using an external regulatory framework, based on climate science compiled by the Intergovernmental Panel on Climate Change (IPCC), and developed by a credible institution such as the EU.

The PAB framework states that portfolio carbon intensity should be reduced by 50% as compared to the ‘investible universe’ at inception and then decreased by 7% annually. Given the seriousness of the climate issue, AP2 set an even more ambitious target. During 2020, it reduced the portfolio’s carbon footprint by around 70% for both global equities and corporate bonds, taking account of Scope 3 emissions in accordance with the PAB’s criteria. In the coming years, the average annual emission reduction will still be 7%, and AP2 is targeting to reach net zero emissions by 2045.

The advantages of adapting AP2’s indices and portfolios to the requirements defined by the PAB are that this regulation has been adopted by the EU on a clear scientific basis and will be updated over time based on future developments in emissions, research and findings from, among other sources, the IPCC, and increased access to data. The aim of this regulatory framework is not only to reduce greenhouse gas emissions, but also to encourage investment in companies that make a positive contribution to the climate transition.

What were the outcomes and what are the next steps?

Carbon Footprint in Pab-Adapted Portfolios in relation to market-weighted Index, % 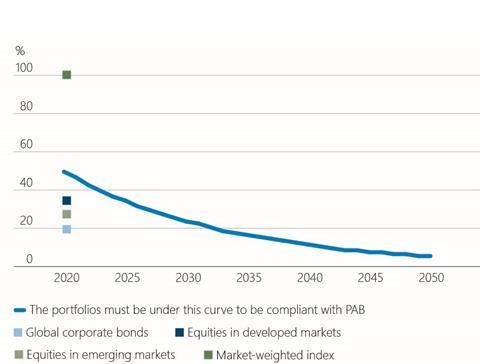 Graph 1 (above) shows the curve below which the global equity and credit portfolios’ carbon footprint must lie to meet the PAB criteria. Graph 2 (below) presents the carbon footprints of a market-weighted index and equivalent portfolios. These footprints include Scope 1, 2 and 3 emissions in accordance with the PAB framework. Calculating these footprints involves including both direct and indirect emissions, including those in the supply chain, as well as emissions from products and services. As the graph shows, in 2019 the portfolios’ carbon footprint exceeded the market-weighted index. The implementation of the PAB framework considerably reduced the carbon footprint of the PAB-adjusted portfolios. The greatest reduction was seen in emerging market equities. 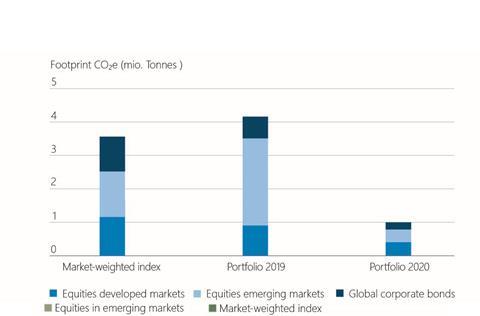 The fund plans to implement similar indices for its holdings in Swedish equities and, subsequently, for its Chinese equity portfolio.