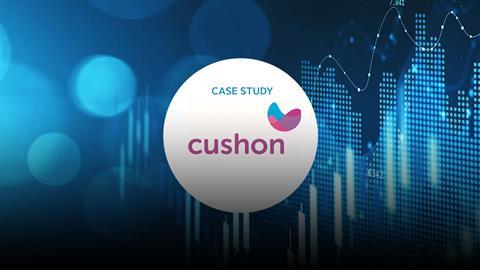 Cushon’s approach to ESG looks to address one of the most pressing challenge for the pensions industry – carbon emissions. In a YouGov poll carried out in March 2021, 18-24-year-olds listed ‘the environment’ as the third most important issue facing the UK, behind health and the economy.

Research carried out by Cushon found that 99.5% of people were unaware that their pension was having this impact, and 68.6% of respondents said they are ‘very’ or ‘somewhat’ concerned that their company pension could be investing in businesses that are contributing to climate change. Cushon responded by launching its Net Zero Now pension in January 2021.

Prior to January 2021, Cushon offered workplace savings to employers as an employee benefit. Its next step was to offer a pension product. It conducted research asking what employers were looking for in a workplace pension scheme. Ninety-four percent of respondents said they face challenges with their current pension scheme, the main concern being low employee engagement levels.

A consequence of low engagement levels is that employees don’t review their contributions and so by default continue with the auto enrolment minimum levels. Almost half of employers (44.8%) were concerned that employees weren’t saving enough for retirement. Cushon’s view is that the minimum contribution level of 8% of earnings for UK workplace pensions won’t be enough for most employees to build up a sufficient pension pot over their working lifetime.

While lack of engagement with savings and climate change may seem unrelated, Cushon’s view is that they are inextricably linked. The Net Zero Now pension aims to turn this negative correlation into a virtuous circle, in that the more people that are engaged with their pension, the more they save, and the less damage is done to the climate.

Cushon’s research showed that 84% of employees are concerned about climate change and 62% would engage more if they knew their pensions were helping tackle this issue. Although money in pensions can’t be accessed until age 55 in the UK, it can be harnessed in the meantime to help tackle climate change and in turn increase engagement levels.

Seeking to reduce carbon without sacrificing returns, Cushon aims to reduce financed CO2 through its funds where possible and is offsetting the remaining CO2. It aims to eliminate its reliance on offsets by 2026.

Cushon’s app-first approach provided it the opportunity to engage further with its customers and give them access to workplace savings in the same format as online banking. Cushon savers can vote on ESG issues that matter the most to them, with their votes fed back to the fund managers who ultimately hold voting rights at shareholder meetings. It allows for users’ voices to be heard and increases engagement levels by connecting employees with decisions in companies they’re indirect shareholders of.

This feature engages employees with workplace benefits that align with their values and builds upon Cushon’s existing ESG offering for employees to select Ethical CushonMix portfolios, allowing savers easy access to funds that have been screened using an ethical investing framework.

Outcomes, benefits, challenges and next steps

Cushon has linked two issues, climate change and lack of engagement with savings, to provide a solution with the potential to be a catalyst for change; increasing member engagement and helping tackle climate change. Further, it has also been able to focus members on other ESG issues through its Ethical CushonMix portfolios and ESG shareholder voting.

It has demonstrated that it is possible to be ‘net zero now’ rather than later and, whilst it acknowledges that its approach is not perfect, it takes the view that action is required and should be taken where possible.

The biggest challenge Cushon has faced was finding fund managers who could provide net-zero investment solutions – identifying a lack of innovation in this area. It overcame this challenge with carbon offsetting but is looking to significantly reduce its reliance on offsets over the next 12 months and to eliminate it entirely by 2026.

As carbon offsetting is part of its proposition, it has an offsetting project content feed in its app, which shares updated information on the individual projects that Cushon is helping to fund. This has raised awareness and increased engagement levels.

Since January 2021, Cushon has launched the pension with 12 employers and is continually monitoring engagement and environmental impact.

Research conducted by Cushon showed 66% of employees and 82.6% of 16- to 24-year-olds would engage with their pension more through an app. This has been the case with Cushon’s first launch, ITM Limited, where 75% of employees downloaded the Cushon app in the first month. This not only increases engagement through nudge technology and added features available, but it also reduces the impact of pensions on the environment, as the Cushon scheme is managed online without the need for reams of paperwork to be sent to members.

Cushon has further plans to not only continue to reduce its reliance on carbon offsets but also to raise awareness of the need for more innovation in the industry.