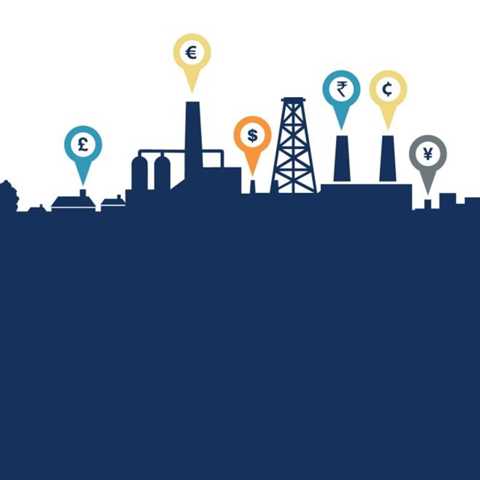 Global Carbon Pricing: Assessing the potential of the EU CBAM and Climate Clubs

This short paper by Brian Hensley and Marie Louise Gammelgård-Larsen at Kaya Advisory, a specialist climate policy consultancy, has been commissioned by the Inevitable Policy Response (IPR). It assesses the state of global carbon pricing, evolving policies around the EU Carbon Border Adjustment Mechanism (CBAM) and concepts such as Climate Clubs. The views in this report do not necessarily reflect the views of IPR.

Global carbon pricing has a record of mixed success. This is not surprising given the complexity and existence of competing interests. But carbon pricing is important for the transition: if set at a high enough price, it induces behavioural change, thus forcing heavy emitters to either pay the price or develop less harmful ways to conduct business. Carbon markets, such as a ‘cap and trade’ systems, have proliferated in recent years. As we highlight below, this has not coincided with prices reaching levels sufficient to induce effective change. All the while, emissions are still rising.

Importantly, carbon pricing is about more than trading a tonne of emissions in formalised markets. Historically, environmental regulation and policies delivered the side benefit of lowering the pace of harmful greenhouse gas emissions. The growing recognition that this side benefit must become the primary aim has led to more concerted efforts by public and private actors to lower emissions. These efforts take many forms such as industrial policy measures (e.g. targeted use of subsidies), regulation (e.g. renewables as a % of primary energy) or outright taxes on emissions. A fourth avenue lies in market-based measures such as ‘cap and trade’ systems. All of these measures infer a form of carbon pricing. Industrial policy and regulation can be seen as imposing an implicit price on CO2 while taxes and trading entail explicit pricing.

How might this all develop further? In this paper we focus carefully on the world’s leading carbon market, the EU’s ETS and its accompanying solution for ‘carbon leakage’, the CBAM. The CBAM is elegant in theory and simple in construction but is plagued by challenges. So much so that we feel its full implementation as a functioning tariff and as currently proposed by the EU Commission will be very challenging. Indeed, the Commission’s own proposal hints at this. This does not mean that an ‘agreement’ and, indeed, ‘adoption’, will not occur. Nor does it mean the CBAM is not a powerful tool for decarbonisation even if it falls short of full ‘implementation’.

Enter the new variables: an energy crisis of nearly unprecedented proportions combined with a structural shake-up of global relations as a result of the Russia-Ukraine War. These elements together have ushered in a new world order. Nothing will be the same again, and that goes for carbon pricing too.

In a recent piece written for the Inevitable Policy Response entitled Ukraine War: The new geo-politics of energy and implications for climate policy, we postulate that nations will be forced to consider national security for energy and food much more carefully.

The long-term implications of this shift have serious ramifications for decarbonisation efforts. Globalisation as a phenomenon has likely seen its high-water mark, nations are picking their friends and enemies. As a result, dependence upon once-trusted national and corporate actors will no longer be taken for granted, supply chains will be restructured, and domestic industries created where little existed before. The ’silver lining’ for the climate as a result of these geostrategic shifts will likely be that renewables development accelerates given the energy independence they offer.

When it comes to supply chain realignment, the new strategy of ‘friendshoring’ will increasingly dominate. This involves nations cutting out actors on who they feel they cannot or should not depend upon. Friendshoring will create new industries in places they did not previously exist and, accordingly, will have significant micro and macroeconomic impacts.

And here we come to carbon pricing. The same tools used to impose implied carbon prices can also be used to carry out geostrategic aims. Trade policy between nations is both a carrot and a stick. Embedding carbon-aligned policies can and likely will become a weapon (of sorts) which incentivises alignments that also achieve domestic national policies, up to and including protectionism for industry.

Thus, national security and climate policy become aligned and new sponsorship for carbon pricing is created. We discuss how even the Republicans in the US are supportive of a protectionist trade policy linked to climate change mitigation (albeit not dependent upon an explicit carbon price).

The US-EU Steel agreement is one precedent whereby two trading partners, unlikely ever to be bound by a formal CBAM, can conduct trade in a way that incorporates emissions of the underlying product: a mini Climate Club. Climate Clubs are eminently flexible, indeed as a consequence of not specifically being defined as of time of writing. By allowing for both implied and explicit pricing of carbon, they can be crafted to each countries needs and allow usage of the tools at hand (e.g. existing environmental regulation) as opposed to being constrained by aspirations for formalised border adjustment mechanisms between nations at different stages of carbonisation. They are not easy to construct but offer the chance to use every means available to account for carbon, something the world needs now.