Building desalination plants appears to be the mining industry’s favoured solution to the issue of water scarcity. Chile is proposing a law directing all mines using more than 150 litres of water per second to incorporate seawater in their operations.

Our analysis suggests that desalination adds US$2,000- US$2,800 per tonne to capital intensity and US$92 per tonne to annual operating costs. To maintain a minimum unlevered project IRR of 15% (pre-tax), this requires copper’s US$6,724 per tonne estimated price to rise by US$400- US$500 per tonne.

This incremental cost can have a material impact on project economics. We believe that the environmental scrutiny of Antofagasta’s Los Pelambres expansion has reduced the project’s IRR from 14% to 11%.

The 90kt-95kt copper project was initially planned to commence production in 2018, but we estimate that the two-three year delay in obtaining the environmental permit, resulting from the requirement to construct a desalination plant with associated infrastructure, means that volume growth at Los Pelambres will not materialise before 2021.

The growing cost of water

Water is critical to copper production: 78% of copper produced by the world’s 20 largest mines is currently in water-challenged regions, with Chile (33% of 2014 global production) most affected. The problem is getting worse: global demand for water is set to exceed supply by 40% in 2030, whilst structural shifts in copper mining, such as a change in the targeted geology (lower grades and rising sulphide content), demand more water-intensive processes.

The use of fresh water, increasingly contested between mining companies and local communities, has been at the source of a dispute with Antofagasta.

Recent protests that led to a temporary stoppage of copper shipments from Antofagasta’s largest mine are the most serious disruption yet and an indication of the heightened social scrutiny of Antofagasta’s, and more generally the mining industry’s, activities in Chile.

Project permitting has become more stringent, influenced by rising friction between local communities and mining companies in general around environmental issues, notably fresh water usage and the impact of mine tailings on nearby communities. 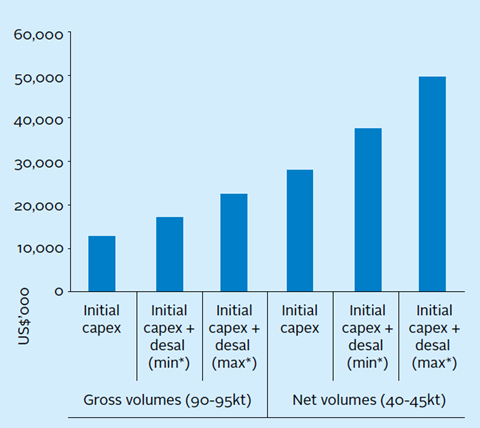 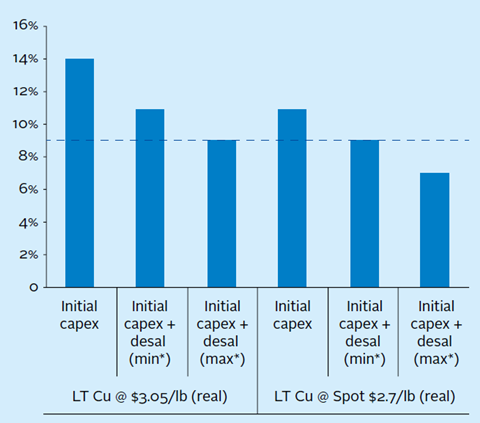 In April 2015, we published a detailed report on Antofagasta, with a negative perspective on the company’s copper mining operations. Due to production disruption from water usage disputes and permit delays for new projects, the analysts believed that the company’s modest growth profile could deteriorate and additional capital on new infrastructure (i.e. the construction and running of a desalination plant) might need to be spent to deliver top-line growth and offset the impact of declining grades and rising rock hardness. This would increase capital employed per tonne about 48% by 2021, eroding benefits of a copper price recovery.