Paris Agreement COP24 update: everything you need to know

To demonstrate a commitment to stepping up climate action, parties should include the following core elements in the final COP decision at Katowice: 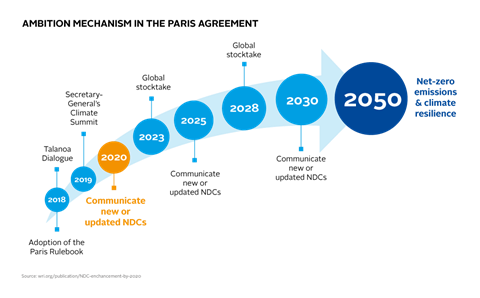 Information on Mitigation Action: what countries should communicate in their NDCs to provide clarity, transparency and understanding (CTU) of their efforts to reduce emissions.

Accounting of Mitigation Action: involves crafting guidelines for countries to define, assess and quantify the mitigation targets and other commitments in the NDCs and the progress being made to achieve them.

Predictable Financial Information: developed countries are required to communicate every two years information on finance to be provided and mobilised. Negotiators will debate what information is required.

2. Presidential call to action from the Talanoa Dialogue

Over the past year, civil society groups, businesses, cities and states have collaborated to address three questions: where we are, where do we want to go and how do we get there? The dialogue will officially conclude at COP24 with government ministers and CEOs from business and civil society responding to that final question. Such a call to action should be in addition to a more detailed technical summary compiled by the secretariat of the UNFCCC.

The Polish presidency plans to focus its message on three key themes:

What is a just transition?

Investors are increasingly committed to the low-carbon transition in terms of shareholder engagement, capital reallocation and policy dialogue. Much of the focus has been on getting investors to think about the environmental dimension, however, there is a need to fully incorporate a robust social dimension in terms of the positive and negative implications of the climate transition for workers and communities. This is the agenda of the “just transition”, which is included within the 2015 Paris Agreement on Climate Change as a critical factor to ensure that the transition is both fast and fair. The PRI is leading investor action on just transition, including new guidance and an investor statement on just transition. This will be a key focus area for PRI at COP24 and in 2019.

What is the PRI doing?

View all our events, including our COP24 activities