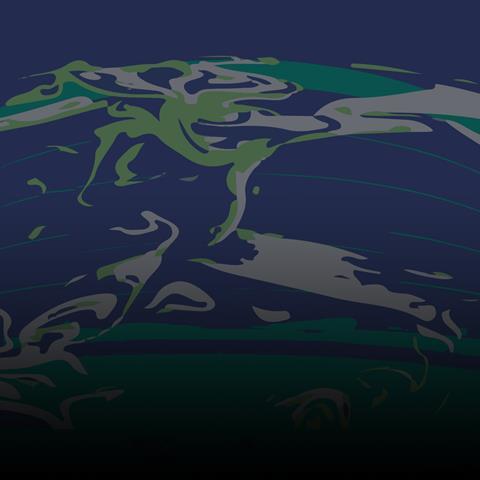 The PRI closely monitored announcements emerging from the COP26 conference in Glasgow. We’re committed to helping shape and support measures aiming to address the climate crisis, on behalf of our signatories and the entire sector. The below article showcases the various comments the PRI issued in response to various announcements which emerged during COP26.

Commenting on the US/China deal on climate issues, Fiona Reynolds, CEO at the Principles for Responsible Investment, said:

“Closer collaboration between the world’s two largest emitters is a positive development in efforts to address climate change. The US’ and China’s acknowledgement of the significant gaps in current efforts to address the climate crisis is an important step, and closer working on key areas such as methane, deforestation and electricity echo key areas of focus from COP26 so far, which should be viewed as a welcome move.

“Moving forwards, this partnership should provide the foundation for closer policy tightening between the two nations, with expanded scope for consistent legislative and regulatory action to address systemic climate change issues. With this said, we still need to see action taken further and faster on key areas such as reduction of fossil fuel usage.”

Commenting on the COP26 draft agreement, Fiona Reynolds, CEO at the Principles for Responsible Investment, said:

“At PRI we support the COP26 Presidency’s proposal for countries to revisit and strengthen 2030 emission reduction targets by the end of next year. It’s vital that ambitious short term targets remain clearly in focus for this agreement, to ensure that we remain on track to limit warming to 1.5C. COP26 must create a multi-year platform for accelerating policy action and while this draft agreement does represent progress, we need to see actions taken further and faster to avoid the most dangerous impacts of climate change.”

Commenting on analysis from Climate Action Tracker, which shows that current government pledges put global temperatures on track to rise by as much as 2.4 degrees by the end of the century, Edward Baker, Head of Climate Policy at the Principles for Responsible Investment, said:

“Climate Action Tracker’s research highlights the disconnect between long term pledges and short term targets, and clearly shows that nations and businesses need to go further and faster on their commitments to address climate change. COP26 is a vital line in the sand – from this point on we need to focus on turning commitment into action, on a timeline ideally to 2025, or to 2030 at the latest. The PRI is calling for far-reaching action, such as an immediate halt to the financing of new coal projects, the replacement of fossil fuels with renewable energy solutions and the electrification of existing services, including transport and buildings, in order to keep a 1.5C outcome alive.

“For investors, a focus on short-term goals means advancing their engagement and stewardship programs while ensuring they’re backed by clear and transparent escalation plans, focussing on “quick wins” that can help rapidly reduce emissions and continuing to push for the acceleration of regulatory and policy change to support these goals.”

Commenting on the agreement to end financing for overseas fossil fuel projects, Edward Baker, Head of Climate Policy at the PRI, said:

“This commitment to end fossil fuel financing for overseas projects marks the kind of far-reaching systemic change we needed to see at COP26 – but we still need to go further. The PRI is calling for all G20 members to set a clear timeline for the full and equitable phase-out by of all fossil fuel subsidies by 2022, including the elimination of all subsidies for fossil fuel exploration and coal production, public financing, and commitment to a country peer review.

“While it is heartening to see that this agreement aligns with the International Energy Agency’s report produced earlier this year, but the world still needs to see a move away from all forms of fossil fuel production – domestic and international – with just transition plans agreed with workers and communities. In addition, it’s vital to bring some of the biggest emitters (such as China, India, Australia and the US, who did not sign this agreement) on board for initiatives like this. We welcome this announcement as an example of tangible action on a key battleground in the fight against the climate crisis - but, globally, we must stretch our ambitions even further.”

Commenting on the formation of the International Sustainability Standards Board (ISSB), Fiona Reynolds, CEO at the Principles for Responsible Investment, said:

“The establishment of the ISSB is an important step for the global responsible investor community. For too long, fragmented sustainability reporting frameworks and inconsistent metrics have been a barrier to the widespread integration of ESG issues into the investment process. The development of a consistent standard on climate, and eventually all ESG issues, marks a hugely significant step for investors. Vitally, the ISSB has committed to develop standards which align with the requirements of specific jurisdictions – namely the EU’s Corporate Sustainability Reporting Directive, the US and Asia-Pacific.

“With that said, there is still work to be done. As a next step, we call on all jurisdictions to collaborate and build a truly global baseline of corporate sustainability reporting. The baseline should extend its scope from material climate-related risks and opportunities, to wider sustainability issues. Such a move would deliver vital insight for investors and allow them to benefit from a consistent baseline of disclosure.”

Commenting on the UK’s plans to compel firms to disclose their plans on transitioning to net zero, Fiona Reynolds, CEO at the Principles for Responsible Investment, said:

“PRI welcomes the requirement for firms in the UK market to show how they will transition to net zero by 2050. This measure is core in delivering the transparency needed to ensure firms meet their net zero targets in time to keep warming below the 1.5C threshold. A robust regulatory framework is a clear requirement for success here – firms must have the ability to report on targets and progress towards them through a strong regulatory system which delivers both visibility and accountability. Today’s announcement should not be viewed as “job done” for responsible finance in the UK, but rather should provide the foundations for further integration of vital climate-focussed measures into the marketplace.”

Commenting on the commitment to end deforestation and the PRI’s work on the Commitment on Eliminating Agricultural Commodity-Driven Deforestation, Shelagh Whitley, Chief Sustainability Officer at the Principles for Responsible Investment, said:

“Ending deforestation and implementing natural climate solutions is essential for achieving the Paris climate target. The first major deal of COP26 is an example of how commitments from the financial sector alongside governments may be structured in future, with over 30 financial institutions, representing more than US$ 8.7 trillion AUM, joining 120 world leaders to address underlying causes of deforestation.

“For finance firms, the deal’s focus on the sustainable production of key commodities - beef, soy, palm oil, pulp and paper – signalling alignment amongst investors to address key drivers of deforestation. For investors, the next step must be to focus on active ownership and wider engagement to facilitate a systemic shift away from deforestation-linked commodities.”