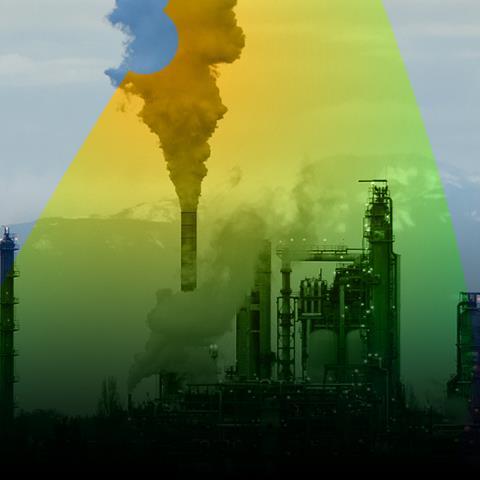 Carbon reductions and climate risk – does the Paris Agreement hold the key?

In December 2015, at the United Nations Framework Convention on Climate Change (UNFCCC) in Paris, 196 nations signed a coordinated agreement to limit greenhouse gas emissions to a level that would allow global temperatures to rise by no more than 2°C.

As we approach what should have been the first ratification deadline of the agreement, however, the world’s second-largest emitting country has pulled out of its commitment, while recent developments with the Covid-19 pandemic have delayed individual stocktakes for the remainder of signatory countries.

Faced with the risk of a diminishing global emphasis on coordinated climate regulation, our paper tries to assess the importance and effectiveness of such regulation to firms’ carbon emissions reductions.

If firms are already taking action, and their strategies are not affected much by announcements of an increase in coordinated climate regulation (such as the Paris Agreement) or indeed by announcements of pullbacks from these commitments, then perhaps there is less cause for concern.

If, on the other hand, firms’ expectations about future climate regulation are an important determinant of their reduction activities, then we should be significantly more concerned about these recent trends to dilute or reverse coordinated climate regulation.

Looking at the cross-section of reporting firms, we then show that responses to the Paris Agreement announcement vary depending on whether (or not) firms report their emissions reduction targets (i.e. their plans for future emissions reductions) in the dataset.

Specifically, we find that firms that report plans indicate a weaker revision in their beliefs about the impact of climate regulatory risk after the announcement, but surprisingly, these very same firms increase their reduction activities in the year following the establishment of the Paris Agreement.

To explain these and other patterns observed in the data, we develop a theoretical model of emissions reduction with firms that are differentially informed about the impact of a future regulatory event, and “compete on reputation” in the sense that their actions are evaluated in the market relative to one another.

We find that this “reputational externality,” partly motivated by the recent spike in attention paid to indicators of firms’ environmental, social and governance (ESG) activities, is a key factor that helps to match the patterns and magnitudes of firms’ observed responses in the data.

Our study provides evidence that firms are significantly affected by climate regulatory risk, in a manner that is amplified by their competitive dynamics. We conclude that investors’ increasing concerns about corporate sustainability practices help to augment climate regulatory efforts, leading to substantial effects on corporate emissions reduction.

What we observe from firms’ disclosures

We look at disclosures of North American public firms that voluntarily provide environmental information through the Carbon Disclosure Project (CDP) between 2011 and 2017.

The figure below summarises the dynamics of beliefs (left figure) and actual emissions reduction (right figure) for two representative firms in the data, namely firms that disclose plans (in orange) and firms that do not disclose plans (in blue) respectively. For firms with plans, we also plot the corresponding emissions reduction target (thick orange line), as extracted from their disclosures.

We find that between 2011 and 2015, prior to the Paris Agreement announcement, all firms, on average, steadily downgraded their expectations over the impact of future regulation and progressively increased their actual carbon footprint.

However, this tendency is more muted for the firms that consistently report targets – they exhibit more constant emissions reductions over this pre-Paris-announcement period.

These patterns change dramatically in 2016, the year after the Paris Agreement is announced. In that year,all firms report upwardly revised beliefs over the impact of climateregulation, and sharply increase carbon reduction.

This observation on the variation in responses to the Paris announcement, alongside the fact that reported beliefs don’t map similarly to observed actions before and after the announcement, are important targets for any model, and together suggest that subtle economic forces are at play.

Our paper takes these observations as a starting point. We first derive baseline emissions reduction behaviour for a single firm exposed to a future regulatory event of known impact. The resulting reduction dynamics of this model fail to capture the substantial increases in reduction observed around the Paris announcement, and cannot fit the fact that the responses seem different across firms.

To improve the model, we therefore introduce a second firm into the economy, with the informational asymmetry and the reputational externality described earlier.

This enriched model predicts an amplified short-term reaction to the levy and helps to explain the cross-firm differences in responses.

As we discuss in more detail in the paper, these predictions help to explain why the reactions to the Paris Agreement are both high – the new model resulted in the substantial amplification of the short-termimpacts of climate regulation relative to the basic model – and different across the two groups of firms.