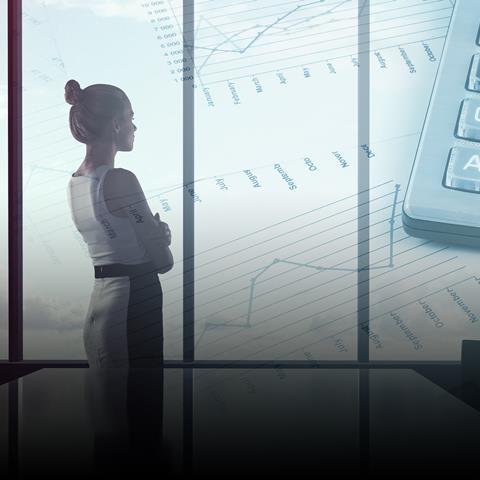 How is CEO pay set?

Investors and board directors have significant differences of opinion that can cause conflicts about pay packages for CEOs. Important drivers of CEO pay, such as fairness, have often been overlooked in academic models and practitioner discussions.

Engagement between companies and investors on CEO pay normally focuses on contract details for a particular company. However, initiating dialogue on these deeper issues and disagreements may ultimately lead to more fruitful conversations on this controversial topic.

We surveyed over 200 directors of FTSE All-Share companies and over 150 investors in UK equities on how they design CEO pay packages: their objectives, constraints they face, and the factors they take into account.

Below, we summarise the findings from this research – taken from the paper, CEO Compensation: Evidence from the Field.

We ask respondents to rank the importance of three goals when setting CEO pay. Attracting the right CEO is viewed as most critical by 65% of directors, while 34% prioritise designing a structure that motivates the CEO.

Some 44% and 51% of investors selected these first respectively. This reversal reflects a theme that recurs throughout our survey – directors view labour market forces, and CEO retention, as more important than investors, who prioritise incentive structures.

Only 1% of directors and 5% of investors view keeping pay levels down as their primary goal.

However, boards feel restricted by many constraints that have been ignored by academics in their standard models of CEO pay – 67% of directors admit that they are willing to sacrifice shareholder value to avoid controversy on CEO pay.

Surprisingly, their strongest constraint is the need to obtain investor support, even though this should be automatic if boards are setting pay optimally.

Instead, directors believe that shareholder guidelines, paradoxically, harm shareholder value, with 77% reporting that such constraints have forced them to offer a lower level of pay, and 72% an inferior structure.

Most models of CEO pay assume that pay is set by a shareholder-aligned board seeking to maximise shareholder value. The main alternative view is that boards are captured by CEOs and thus do not seek to maximise value.

However, our findings suggest a third perspective – that directors and investors share the same objective (shareholder value) but view the world differently.

Directors may better understand the realities of the CEO labour market – such as depth and availability of talent, CEO attraction and motivation – whereas shareholders push for lower pay or tougher performance conditions that would demotivate the CEO or cause them to leave. Boards may also overestimate the value of their CEO or underestimate their latitude to improve pay.

To explore these interpretations, we ask the 77% of directors who were forced to offer lower pay about the consequences. While 7% report that the CEO left, and 13% that they hired a less expensive CEO, 41% admit that there were no adverse effects.

At least in some cases, boards overestimated the negative consequences of tough decisions on CEO pay. However, 42% reported that the CEO was less motivated, suggesting that pay levels affect incentives, in contrast to standard theories.

Boards and shareholders agree on the role of financial incentives in motivating CEOs – both groups believe they are relevant but of secondary importance.

Intrinsic motivation and personal reputation are seen as most important, yet these are absent from nearly all theories.

Financial incentives still matter, however, and they reinforce intrinsic and reputational incentives. CEOs believe it is fair to be rewarded financially for good performance; perceived unfairness would erode their intrinsic motivation.

These responses suggest that standard academic models need to be adapted to reflect the importance of fairness and recognition.

In the standard models, incentive pay works on a purely financial basis: the CEO will only enhance the value of the firm if the financial benefit they get from the extra pay they receive is enough to compensate them for the effort involved. By contrast, our respondents suggest that variable pay also provides ex-post recognition.

A CEO does not want the extra pay simply to spend it, but because they believe it is fair to be recognised for a job well done.

This has two implications. First, it suggests a CEO assesses their pay not only for its consumption, but also against their expectation of fair reward. At least two reference points – the CEO’s contribution to the company and the pay of peers – affect this expectation.

Second, pay, and in particular, bonuses that are received each year, play a special role not provided by any existing equity stake that arises from awards made in previous years. In standard theories of executive pay, only total incentives matter – it is irrelevant whether they stem from changes in yearly pay or the value of the CEO’s equity. However, changes in yearly pay provide greater ex-post recognition, because they require a discretionary decision by the board and are voted on by shareholders.

Directors and investors agree that variable pay helps ensure the CEO shares risks with investors and stakeholders, even when they are outside their control.

This is surprising and contradicts standard theories, which predict that CEOs should only be rewarded or penalised for risks within their control.

If the CEO is exposed to risks outside their control, they will demand higher pay to compensate, which is inefficient for the company. It is, however, consistent with a fairness model in which directors and investors also evaluate CEO pay relative to a set of reference points, including shareholder returns.

Both directors and investors view ability as most important to determine the pay level for a new CEO. Unexpectedly, pay at peer firms is seen as more important than a new CEO’s actual alternative options, such as pay at a prior firm and at other firms where there is actually a vacancy they could fill. One explanation is that peer compensation is a reference point the CEO uses to assess whether their pay is fair.

When asked about increases in expected pay for incumbent CEOs, directors and investors agree that the primary justification is good recent performance. Again, standard models suggest that changes in the value of a CEO’s – typically substantial – equity holdings should be enough reward for good performance. But this finding is consistent with changes in yearly pay providing ex-post recognition.

Directors and investors disagree on whether current pay levels are appropriate. More than three-quarters (77%) of investors view CEO pay as too high, and many believe large cuts would have no adverse consequences. Most directors disagree, claiming large cuts would force them to recruit lower-quality CEOs and adversely affect CEO motivation.

For more information on how investors can drive more meaningful integration of ESG metrics in executive pay, view the PRI’s recommendations.

This paper  was presented at the PRI Academic Network Week 2021.

This blog is written by academic guest contributors. Our goal is to contribute to the broader debate around topical issues and to help showcase research in support of our signatories and the wider community. Please note that although you can expect to find some posts here that broadly accord with the PRI’s official views, the blog authors write in their individual capacity and there is no “house view”. Nor do the views and opinions expressed on this blog constitute financial or other professional advice. If you have any questions, please contact us at blog@unpri.org.