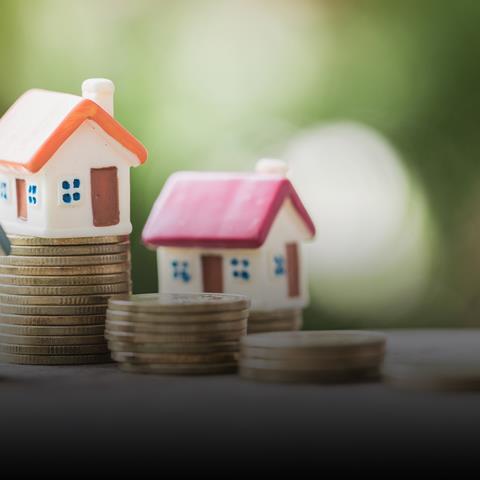 Partisanship and climate-exposed property purchases – a threat to investment in mitigation and adaption?

There is a growing body of research in finance and economics examining how markets are reacting to the risks posed by climate change.

In our paper, we ask whether growing partisanship surrounding climate change translates into housing choice. Does a buyer’s political orientation impact their decision to purchase property that is more exposed to sea-level rise (SLR), a saliant climate risk? In other words, does partisanship result in partisan sorting into homes with different climate change risk?

In our study, we observe that Republicans are about 5% more likely to purchase SLR-exposed properties than Democrats. This may result in those households that are least likely to support climate-friendly policies and are least incentivised to adapt bearing the burden of climate change, thereby reducing investment in mitigation and adaptation as a result.

How we conducted our study

However, to identify the effect of political party choice on climate risk exposure, we had to overcome two obstacles: that owners may choose SLR-exposed homes for non-SLR reasons, and that SLR risk may be confused with other correlated, near-term risks.

Figure 1 illustrates the first concern. Before controlling for home quality or amenities, prices are positively related to sea-level rise. 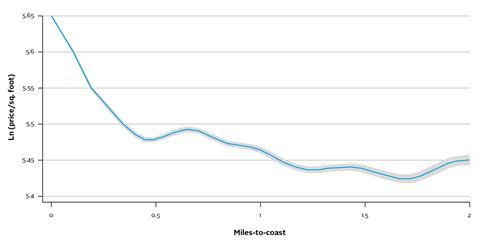 In general, people love to live near the coast, and this drives up prices for these properties. This makes it difficult to identify if wealth, or a desire to be on the coast, correlates with partisanship.

To separate demand for coastal living from willingness to assume SLR risk, we cut the dataset into small blocks of observably identical homes with similar distance to the coast, but which vary on their exposure to SLR risk.

Some of this exposure may come from pure elevation differences in the houses (we control for this directly as well), while some may stem from the natural and man-made topography which insulates some houses and not others (the levy system in New Orleans and the Zuiderzee works in the Netherlands are larger scale examples.)

Once we narrow down the treatment and control homes to be otherwise identical, we then observe that Republicans are about 5% more likely to buy SLR-exposed properties than Democrats.

The concern that SLR risk is confused with other, near-term risks is a central problem faced by climate finance and economics research. More generally, Dell, Jones and Olken (2013) warn against conflating current weather risks with the impact of climate change.

We explore the possibility that SLR risk is related to current flood risk. In Figure 2, we highlight zip-code-level exposure to storm-surge risk (also obtained from NOAA) and SLR risk, represented by the x and y axes respectively 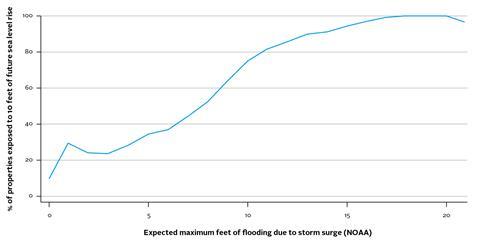 The two are highly correlated, making it difficult to disentangle choices about current risks with beliefs about future climate risk.

We propose three primary solutions to this problem.

First, since we run our analysis at the house level, we can control directly for storm-surge risk. Doing so does not alter the size or significance of the partisan sorting. Conversely, there appears to be no partisan sorting on storm surge risk.

Taken together we conclude that political ideology does not alter perceptions of the present risks to natural disasters, but Republicans do appear to put higher valuations on homes that are exposed to chronic tidal flooding in the future, regardless of current hazard risk.

Second, we use renters as a placebo group. Since they are not tied to the long-term risk faced by the property, political views on climate risk will be implicitly less important. Here we find that political affiliation does not drive exposure to SLR.

However, among this same set of non-owner-occupied houses, we find that the political affiliation of the ultimate property owner does correlate with SLR exposure, consistent with the long-horizon timeframe posed by climate change risk.

Moreover, we conclude that even sophisticated individuals that own multiple properties are subject to this partisan-based sorting.

Sea-level rise varies by region: in some places, seas have actually receded and in others, the rise is substantially higher than the global average. The partisan sorting effect is greater where the regional sea-level rise is more acute and in places with higher tidal variation.

We also find that sorting is exacerbated where Republicans oversee the state legislature, making the possibility of enacting preventative measures less likely. Finally, consistent with both increasing partisanship and more dire predictions around SLR risk, we find that sorting has increased over time.

We find robust evidence for partisan sorting on climate change risk. Housing choice based on climate risk concentrates ownership of climate-exposed assets in the hands of sceptics.

This may dramatically reduce investment in mitigation and adaptation for at least two reasons:

This paper was presented at the PRI Academic Network Week 2021.

This blog is written by academic guest contributors. Our goal is to contribute to the broader debate around topical issues and to help showcase research in support of our signatories and the wider community. Please note that although you can expect to find some posts here that broadly accord with the PRI’s official views, the blog authors write in their individual capacity and there is no “house view”. Nor do the views and opinions expressed on this blog constitute financial or other professional advice. If you have any questions, please contact us at blog@unpri.org