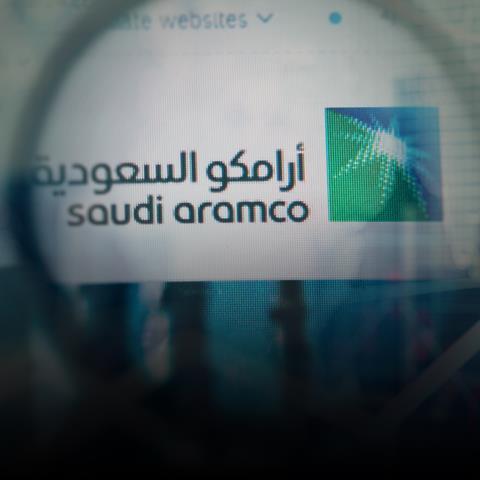 Saudi Aramco and the need to engage with stated-owned enterprises

Saudi Aramco’s blockbuster listing in 2019 brought with it an increased ESG spotlight as investors snapped up its bond and equity issues. Now the company has been added to the focus list of the Climate Action 100+ (CA100+), as investors seek to deliver a Paris-aligned transition to a net-zero emissions future by 2050[1].

This brings an increasing attention to the role of state-owned enterprises (SOEs) in addressing systemic issues such as climate change and human rights violations. Below we look at why investors need to engage SOEs, as well as some of the challenges and opportunities this presents.

Why engage with SOEs?

Whilst SOEs represent only 15%[2] of the companies targeted by CA100+, their proportional impact on the climate is much higher. According to the IEA, national oil companies (NOCs) – fully or majority-owned by national governments – account for well over half of global oil production and an even larger share of reserves (compared to less than a quarter for international oil companies (IOCs) and the “majors”).

This also translates to greenhouse gas (GHG) emissions. According to the Climate Accountability Institute, Saudi Aramco is the single largest emitter of all time, responsible for more than 59bn tons of carbon dioxide equivalent (GtCO2e) since 1965 (more than 4% of all global emissions in that time frame). If fully extracted and burned, emissions from existing Saudi reserves would amount to 112 Gt of carbon dioxide, or one third of total global emissions in a 1.5°C carbon budget (according to Oil Change International).

For investors to deliver real-world outcomes (core to the PRI’s proposed evolution of stewardship), it is therefore imperative that they engage with SOEs to address such systemic risks.

Engaging with SOEs presents a complex array of challenges, including:

Despite the challenges, it is possible to meaningfully engage with SOEs. Recent CA100+ successes have seen Equinor and Poland’s PGE commit to net-zero emissions by 2050, as well as PetroChina, who set a similar ‘near-zero’ 2050 goal.

There is a crucial role for fixed income investors to play, especially given that they often have more meaningful holdings in SOEs than minority shareholders (some companies such as Pemex and Eskom have no equity listing). The PRI has been encouraging more corporate bondholders to participate through CA100+ and collaboratively engage with other bond and shareholders (often a dynamic and impactful cross-asset class combination for stewardship[3]). Sovereign bondholders should also engage to gain insight on a country’s fiscal path, given many SOEs may impact public deficits with regards to revenue (e.g. oil) and/or expenditure (e.g. utilities).

Ultimately, governments need to play their part and provide strong policy direction to progress on climate change and other ESG issues. Recent country net-zero commitments from China, Japan and South Korea will be pivotal in advancing CA100+ investor engagement with SOEs in those markets. As part of the EU’s European Green Deal climate finance plan, a multi-billion Just Transition Fund was established to aid carbon-intensive member states in the transition to climate neutrality. It is essential for investors to support similar policy incentives as part of their stewardship activities.

Combined with a strong regulatory environment, SOEs could be better equipped for the transition to a low-carbon economy and allow for better management of the social dimensions. Saudi Arabia was a member of the UN Human Rights Council in 2011 at the time of unanimous adoption of the UN Guiding Principles on Business and Human Rights, thereby formally recognising the need to avoid and address negative outcomes for people resulting from business activities.

So whilst there is (rightly) much attention on multinational corporates and their commitments, let’s not forget about the SOEs, a key piece of the puzzle in the transition to a net-zero economy.

[1] The IPCC Special Report on Global Warming of 1.5°C found that limiting global warming to 1.5°C would require “rapid and far-reaching” transitions in land, energy, industry, buildings, transport, and cities. Global net human-caused emissions of carbon dioxide (CO2) would need to fall by about 45 percent from 2010 levels by 2030, reaching ‘net zero’ around 2050.

[2] 25 of the 167 CA100+ companies are majority stated-owned (mostly energy). An additional 10 have minority state holdings, but are excluded from this calculation.