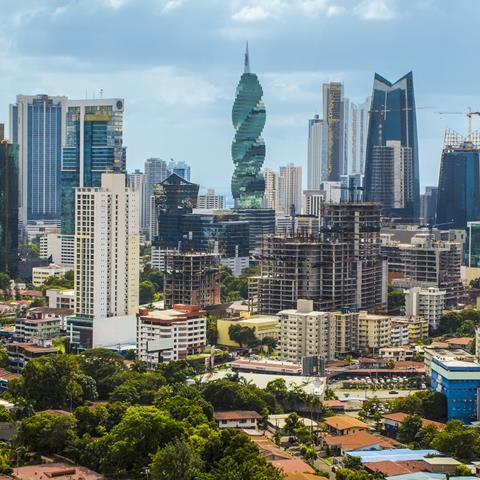 The deliberate lack of transparency created by tax havens is what makes them attractive. To illustrate this opaqueness, consider that even basic estimates of the size of global offshore assets vary widely, ranging from $7 trillion to $32 trillion (Tax Justice Network 2012, BCG 2014, Zucman 2015).

Corporations are among the main users of tax havens – with corporate insiders typically creating an offshore vehicle with the help of an offshore service provider.

We focus on those cases where the offshore vehicle is a secrecy device that serves to hide activities and information from outsiders. We demonstrate how prevalent the corporate use of secret offshore vehicles (SOVs) is, why firms use them, and how their use affects shareholder value.

Secret offshore vehicles and their uses

Understanding secret corporate offshore activities is important since those activities affect outside shareholders (and governments).

Corporations may use SOVs to legally avoid, or illegally evade, corporate taxes, thereby reducing governmental claims on corporate cash flows but benefitting outside shareholders. We refer to this as the tax channel.

The veil of secrecy created by offshore vehicles may also allow insiders to divert corporate resources. Prominent cases such as Enron and Parmalat offer anecdotal evidence of insiders stealing from outside investors. This expropriation channel hurts outside investors and reduces governmental claims.

We aim to show that SOVs are used to avoid taxes, make bribe payments, and steal from outside shareholders, and that these activities affect firm value.

A key challenge in investigating whether and how firms use SOVs is that such vehicles are often completely unobservable. To this end, we exploit one of the largest data leaks to date, the 2016 leak of the Panama Papers. We identify among all publicly listed firms worldwide those that are users of SOVs.

The existence of these SOVs was presumably unknown to outsiders prior to the leak. We compare the returns of the firms we identify as users to those of other firms around the time of the leak.

If sheltering is used predominantly for bribe payments or tax evasion, the leak should be associated with negative returns among exposed firms, because the leak may have reduced future cash flows from such activities or resulted in costly regulatory fines for past activities.

If instead, offshore structures are predominantly used to divert resources at outside shareholders’ expense, the leak should have led to an increase in firm value because the transparency reduced such future activities.

Searching the needle in the haystack

We begin our search for SOV users among all listed firms worldwide that are covered by commercial databases. For these firms and their subsidiaries, we obtain their top executives and board members, and then look for connections between public firms and the offshore vehicles contained in the leaked data.

Our search process identifies 338 public firms as users of SOVs operated by Mossack Fonseca. These firms are spread across the globe and operate in a wide range of industries and compared to other public firms, they tend to be large, have more international operations, and are more exposed to perceptively corrupt countries, particularly where country leaders were implicated by name in the leaked data.

How frequently do firms use secret offshore vehicles?

Even though size estimates of the offshore service market differ, sources agree that Mossack Fonseca had 5%-10% of the global market share for shell companies at the time. In our sample, 1.44% of firms used Mossack Fonseca as their offshore service provider. This implies that between 14% and 29% of all firms use SOVs. In comparison, 14% of firms are estimated to engage in accounting fraud (Dyck, Morse, and Zingales 2014) and 25% of firms engage in some form of corruption (Karpoff, Lee, and Martin 2017).

Do investors care about secrets?

We find that SOV users experienced significantly negative returns around the leak, which reduced the value of implicated firms by 0.9% relative to other firms. This decline is driven by firms whose offshore activities were intense and unobservable prior to the leak. In economic terms, the Panama Papers leak reduced the overall market capitalisation of firms connected to the leak by $174 billion – that’s $500 million per firm.

One firm, a German conglomerate, used offshore vehicles to run slush accounts that were used to bribe government officials. Another firm, an Italian contractor, used shell companies to pay bribes to win contracts for oil and gas infrastructure.

The leak may have resulted in fines for past violations of anti-bribery regulations, and the increased threat of discovery may have discouraged corporations from future bribes. Consistent with this idea, we find that firms that do business in perceptively corrupt countries were significantly more negatively affected by the Panama Papers leak than firms that don’t.

Firms may use SOVs to avoid, or evade, taxes, thereby creating firm value. Consistent with this, the leaked data has prompted thousands of national tax evasion investigations and the creation of an international taskforce involving agencies from 30 countries, which highlights that the role of offshore vehicles in reducing taxes goes beyond tax avoidance.

The leak may result in fines for past actions or lead to lower future tax avoidance, both of which may decrease firm value. We find that tax-avoiding firms connected to the Panama Papers are significantly more negatively affected by the leak.

In poorly governed firms, managers may have found it easier to extract resources for their own gain. Consistent with this, following the Panama Papers leak there have been press reports of directors being forced out under undisclosed circumstances, and at least one disclosed case of legal proceedings against a director who used SOVs operated by Mossack Fonseca to expropriate funds.

Our interpretation of the overall drop in value of implicated firms is that offshore sheltering enables value-enhancing activities such as bribery and tax evasion.

The Panama Papers leak destroyed some of that value. Of course, some of the negative market response around the leak might be explained by regulatory fines for past actions.

At the same time, we find that the drop in firm value also seems to reflect reduced future cash flows: following the leak, firms with Panama Papers exposure reduced their tax avoidance significantly. They also experienced a reduction in their activities in perceptively corrupt regions, with sales declining by 5% to 6% for exposed firms vis-à-vis unexposed firms.

The full paper can be accessed here.