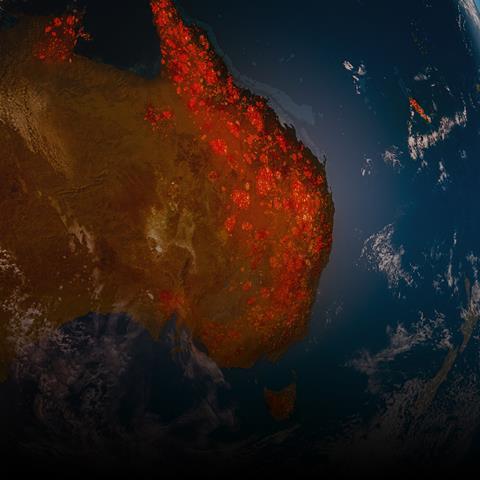 Taking a page from its own playbook: how Australia’s pandemic response can inform climate action 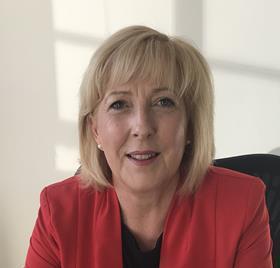 Looking back to this time last year, while home in Australia for the holidays, my country was on fire. The ‘Black Summer’ as it was termed, ultimately caused 34 deaths, with fires that raged for weeks, burning more than 11 million hectares and killing or displacing more than 3 billion animals. As I reflected at the time, perhaps the most shocking and frustrating part of this crisis was that, despite vaguely acknowledging links to climate change, the Australian government did nothing to improve its deeply inadequate climate and energy policies in its response.

At the time, I thought the mega-fires must surely be the worst disaster 2020 might bring. I was proven wrong. By March, much of the world was scrambling to respond to a new global pandemic and entering various stages of lockdown. What began as a health emergency rapidly snowballed into a global socioeconomic crisis, from which we’ve yet to recover.

Today, I’ve come full circle. It’s December again and I’ve returned to Australia for Christmas, currently living in strict government quarantine for 14 days. However, this time, the sentiment in Australia couldn’t be different. The country currently has no community transmitted cases of COVID-19 and Australia has been, without a doubt, a champion in tackling the disease.

Compare this to countries such as the UK, where I live, or the US where infection rates remain out of control, the death toll is continuing to rise and yet government action is still seriously lacking. According to the World Health Organisation, per million people, there have been nearly 905 deaths in the UK and 850 in the US, compared with 35.6 in Australia.

Australia’s success in tackling COVID-19 ultimately boils down to its response. The nation via its state-based system, took swift and decisive action, which critically was informed by the science.

So, this begs the question—why has Australia been so strong, decisive and aligned with the science when it comes to COVID-19, but has delivered none of this thinking in its response to climate change?

Coming first at being last on climate

Just this week the 16th annual Climate Protection Performance Index (CCPI) was released, an independent monitoring tool which tracks countries’ climate protection performance. The CCPI evaluates 57 countries plus the European Union, which together generate over 90 percent of global greenhouse gas emissions, across four key categories: greenhouse gas emissions, renewable energy, energy use and climate policy. Australia ranked near the bottom of the rating table in all four categories—anchored in the ‘very low’ category overall, in the company of countries such as Iran, Saudi Arabia and the United States.

The worst of all its scores came on climate policy, for which it ranked 60th out of 61 countries. This puts Australia ahead of only the US. Considering the recent election win and climate commitments of the Biden Administration we can only expect America to rise in the rankings next year, leaving Australia winning the bottom spot. Meanwhile China, at which Australia likes to wag its finger, sits above Australia and in a respectable 11th place when it comes to climate policy.

It seems that now even other laggard countries are starting to respond to global calls for action, yet Australia shows no signs of changing course. The CCPI results are the latest in a string of global ratings and league tables that has Australia doggedly fighting it out for the bottom spots. A decade of denial, vacillation and aiming low is delivering its inevitable result.

At the other end of the table sits the UK where the Government recently announced that it has set ambitious new targets to reduce it’s emissions by at least 68 percent by 2030, compared to 1990 levels. Meanwhile, here in Australia, there is talk that Prime Minister Scott Morrison is set to announce that the Government will finally abandon its reliance on a climate accounting trick, the use of Kyoto carry-over credits to meet its Paris Agreement targets. This certainly shouldn’t be celebrated as some kind of achievement—no other country is using carry-over credits. And it is certainly no substitute for comprehensive policies to speed transition, build resilience and work towards a firm net-zero target.

Australians must now follow the evidence and stop believing the rhetoric coming from the Government that Australia is pulling its weight when it comes to tackling climate change. It is not.

Fifth anniversary of the Paris Accord

This week we celebrate the fifth anniversary of the Paris Agreement, a significant turning point in global collective action by nations. I was fortunate enough to be in Paris for this historic occasion and I still remember the excitement and the feeling that we were finally going to move forward with serious action on climate change.

Five years on from Paris, this anniversary also serves as a reminder that, collectively, we’re still seriously off-track in limiting global warming to 1.5C. The best scientific advice is that coming climate impacts already built into global systems will exacerbate the risk of future pandemics amongst other negative health impacts. The only way we can succeed in our efforts now is for countries behind the curve to step up and commit. This is especially true in countries such as Australia, which already have a strong and supportive private sector standing ready to enable a shift to net-zero.

So, this Christmas, as we begin to roll out COVID-19 vaccines I have one hope for my home country; that the Government takes a page, and preferably a couple of chapters, from its own pandemic playbook. It must listen to the calls of the private sector, respect the science and make a sharp turn to act swiftly and decisively on climate change. While climate change may play out over a longer time-horizon, its potential devastation outstrips even that of COVID-19. The time for climate action is now and Australia must step up to the challenge.

An element of geographical luck in being an island nation has helped put Australia to the top in addressing the pandemic. It won’t, however, help shield us when it comes to decarbonisation. As a highly exposed global carbon exporter, Australia risks becoming a stranded nation as global economies and our major trading partners and regional powers lean collectively towards tougher 2030 targets and ultimately net-zero.

Five years on from Paris, Australia is languishing. In another five years will we be the southern land that the world left behind?