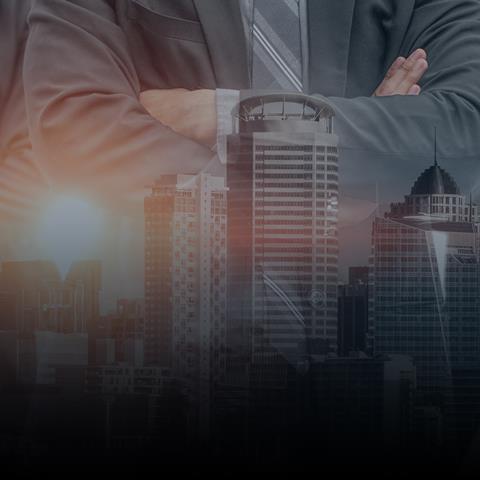 Time must be called on negative climate lobbying 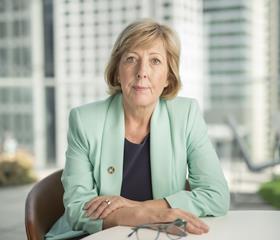 Since the election of President Biden in November last year, the tide has begun to turn in the US. The nation has firmly reclaimed its seat at the table in the global effort to combat climate change, having itself committed to cut carbon emissions by up to 52 percent below 2005 levels by the end of 2030. And it hasn’t stopped there.

The Federal Reserve has joined the Network for Greening the Financial System (NGFS) filling an obvious membership gap, with Treasury Secretary Janet Yellen repeatedly labelling climate change as an ‘existential threat’ to the US economy and financial system.

In an executive order in May, President Biden instructed Secretary Yellen to work with members of the Financial Stability Oversight Council, which includes major financial regulators, on plans to ‘reduce risks to financial stability.’ At the same time, SEC Chair Gary Gensler picked up the baton, asking his staff to develop a mandatory climate risk disclosure rule proposal for the Commission’s consideration by the end of this year.

It’s no surprise then, amidst such forward momentum in delivering mandatory climate-related financial disclosures in the US that the corporate lobbying machine has again reared its ugly head.

Oil and gas – a serial offender

The US oil and gas industry has redoubled its lobbying pursuits, specifically targeting the SEC and aiming to cripple its reformed disclosure requirements. They are lobbying to significantly dilute forward-looking elements of the Task Force on Climate-Related Financial Disclosures (TCFD) regulation and there is also concern about whether they may be supporting third parties’ legal actions to block climate disclosure regulation in the courts. Working both solely and collectively, some of the biggest names in the industry have made their opposition to the Biden administration’s stronger stance on climate abundantly clear. This follows more than a decade of ignoring shareholder engagement efforts, AGM votes and growing civil society pressure for action on emissions.

The industry has repeatedly been exposed for a continued lack of action on emissions reduction. Meanwhile, the recent AGM season resulted in Exxon having three board directors replaced in a glare of global publicity. By now observers would have thought the oil and gas majors might have at least read the room on international investors’ desire for improved climate disclosure.

From the outside, it appears some in the industry are determined to fight every aspect of climate action to the bitter end and the last barrel.

The trade associations, think tanks and other third-party organisations of which many corporations are members wield significant power and influence as political stakeholders. Just a year and a half ago we saw this playing out at the SEC as corporate lobbying groups applied pressure on the Commission (under the Trump administration) regarding rules which would undermine long-standing shareholder rights and weaken investor voices.

The ability of corporate lobbying groups to delay and disrupt climate legislation is significant. A 2020 report from UK NGO InfluenceMap found the oil and gas sector to be the most active globally in demanding both financial support and climate-related deregulation in response to the COVID-19 crisis.

A series of anti-trust laws were once passed in the US to prevent monopoly corporate power. How long before negative climate lobbying is considered an actionable abuse of corporate power?

It’s clear the time has come to go further on reforming negative corporate climate lobbying. This is not just about financial disclosure rules but restricting and regulating lobbying efforts entirely.

Limiting tobacco advertising was once seen as being an almost impossible task and an untenable restriction on business. Today, we scarcely notice as smoking itself is banned in so many public and private spaces.

We are out of time

Today there is no doubt about the race we are in. Every climate delay and drag which deters policymakers from acting, impedes regulators from modernising disclosure in the financial system and obstructs investors from pursuing emissions goals is reckless and destructive. It disrupts efforts to develop an orderly transition towards 2030 and ultimately towards net zero targets, imposing significant costs on us all.

These costs are borne not just by shareholders, but by beneficiaries, clients, citizens and civil society as a whole.

This week’s Intergovernmental Panel on Climate Change (IPCC) report illustrates the urgency clearly, projecting global warming to exceed 1.5 degrees C and subsequently 2 degrees C during the 21st century unless there are deep and imminent reductions in CO2 and other greenhouses gasses.

UN Secretary-General Antonio Guterres called it a ‘code red for humanity.’ ‘The alarm bells are deafening, and the evidence is irrefutable: greenhouse gas emissions from fossil fuel burning and deforestation are choking our planet and putting billions of people at immediate risk,’ he said.

In the US alone we have seen thousands of requests to the SEC from investors, responsible for more than 100 trillion dollars in AUM, for regulators to help them account for climate risks in considering their own sustainability goals. After all, the primary audience for issuer disclosure – the reason they exist at all – is to fully inform investors and help them determine risk and what is a potentially good or potentially bad investment.

Around the world, not just in the US, PRI signatories continually report that a lack of consistent, comparable and standardised ESG information from issuers is their greatest barrier to incorporating ESG data in investment practices. In fact, in response to the SEC’s request for comment, we surveyed our US signatories and found that nearly 90% of respondents want the SEC to move forward with mandatory climate disclosure requirements.

Clearly, investors need a step change in issuer disclosure to help navigate their way through a future in which the world’s major economies are actively transitioning to net-zero. Addressing these information barriers will be essential to a market-based response to climate change. Fortunately, the SEC under Gensler understands this need and is responding accordingly.

On a PRI webinar just a few weeks ago, Chair Gensler spoke exactly to this need. ‘Companies and investors alike would benefit from clear rules of the road,’ he explained. ‘I believe the SEC should step in when there’s this level of demand for information relevant to investors’ decisions. Thus, I have asked SEC staff to develop a mandatory climate risk disclosure rule proposal for the Commission’s consideration by the end of the year. I think we can bring greater clarity to climate risk disclosures.’

Now, in the run-up to COP26—our vital opportunity to get back on track with the goals of the Paris Agreement—progress on climate disclosure has never been more important and must not be derailed.

Investors have made their needs clear to the SEC, but to ensure progress it’s also time to take matters several steps further. As the shareholders of companies engaging in negative climate lobbying against the interests of clients and beneficiaries, investors must step up their efforts. It’s time to confront negative climate lobbying from every link in the chain, from the funding by corporates to the lobbying organisation and ultimately to the closed-door undermining of climate action.

Every investor must engage with policymakers and regulators across the world, making their voice heard—collectively, stronger and louder than those on the other side. It’s 2021. Let’s all call time on anti-climate corporate lobbying. As the IPCC report shows us, we don’t have a moment more to lose.