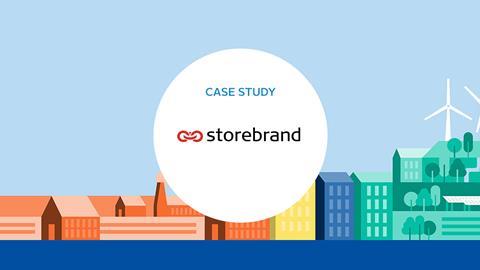 Storebrand Asset Management has been working on sustainability for 25 years and regards it as a significant driver of corporate value.

Why we are tackling deforestation

Deforestation is a material risk for investors. They are concerned with not only its financial impacts but also the broader consequences on biodiversity, climate change, and the violation of the rights of indigenous people and local communities, all of which increases potential reputational, operational, and regulatory risks.

To date, investor engagements on deforestation have largely been limited to dialogue with companies, mainly focused on biodiversity hotspots, many of which are in developing countries, and are generally led by equity investors. Engaging with companies is important to halt deforestation, but there are limits to what individual firms can achieve. Given that the responsibility for oversight of forests and nature lies with governments, investors can help enable industry solutions by engaging directly with policy makers. By complementing company-level with sovereign engagement, investors can increase the likelihood of success in addressing deforestation, which is a systemic risk and requires a holistic, multi-pronged approach.

How we are tackling deforestation

In July 2020, we initiated and established the Investors Policy Dialogue (IPDD), a collaborative initiative to engage with public agencies and industry associations in selected countries on deforestation.

The IPDD objective is to mitigate the risk to investors posed by the increasing rates of deforestation around the globe. The IPDD seeks to ensure long-term financial sustainability of investments by promoting sustainable land use and forest management and respect for human rights. As of April 2022, IPDD is supported by 58 global institutional investors from 18 countries. The coalition now represents approximately USD8.5 trillion of AUM.

The Brazil working group, formed in July 2020, was the IPDD’s first formal country workstream, formed in response to the increasing rates of deforestation observed there. The objective has been to engage with relevant government authorities, financial market regulators and industry associations to promote good social and environmental governance, and to reduce financial risk arising from deforestation and land degradation.

Investors want to contribute to Brazil’s economic development and protect the environment, and are urging the government to commit to eliminating deforestation and protecting the rights of indigenous peoples. Via this dialogue they are expecting five outcomes from the Brazilian government:

The Brazil workstream has met with federal representatives, state representatives, congressmembers, and civil society. They have also held educational and knowledge sharing sessions, both in and outside of the country, and conducted outreach with investor coalitions, foreign representatives, and other relevant stakeholders.

Investors see the potential for growth in Indonesia, as well as the progress in protecting its tropical forests in recent years. To facilitate this growth, investors would like to better understand the government’s efforts and progress on tackling deforestation.

The Indonesia working group was formed in November 2020 and has the same objective as Brazil. The members have engaged with federal representatives, foreign governments, and other key stakeholders such as NGOs and academic institutions. IPDD Indonesia has also held and participated in educational and knowledge-sharing sessions, and conducted outreach in and outside of Indonesia.

Both workstreams seek to continue their activities and engagements in 2022, building on each country’s pledges and contributions to reducing deforestation.

As the IPDD was only formalised in July 2020, it is too early to expect clear policy changes based on the dialogues with the Brazilian and Indonesian governments. However, the IPDD is already having a positive influence:

We are seeking case study submissions from asset owners, investment managers and service providers that showcase an activity or practice that is aligned to Active Ownership 2.0. For more information, visit our website.

Active Ownership 2.0 is a framework for the more ambitious stewardship needed to deliver against beneficiaries’ interests and improve the sustainability and resilience of the financial system. Under this framework, investors use their influence to shape sustainability outcomes by engaging in more effective and assertive stewardship activities.