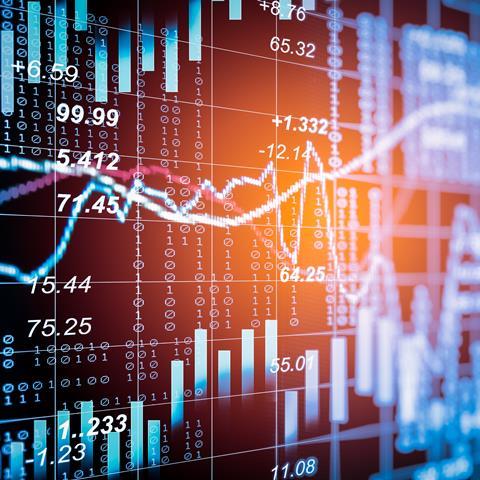 What happens to companies in the years after they are targeted by an activist hedge fund? Often, there is a shift towards short-term value creation at the expense of long-term competitiveness and sustainability, and a transfer of wealth from stakeholders to short-term shareholders, according to new research published in the Strategic Management Journal.

Editor’s note: this blog was updated on 22 June to include this response from Elliott Management

On 29 January 2013, activist hedge fund Elliott Management disclosed that it had written to Hess Corporation’s shareholders, urging them to support the five directors it had nominated, and advocating Hess conduct a full strategic review of its business.

By May 2013, Elliott had secured three board seats and helped drive Hess shares up by roughly 20%. Over the next two years, Hess divested approximately US$14.1 billion in assets and used US$6.5 billion of the proceeds to repurchase shares.

By August 2014, Hess shareholders had received a healthy return of 48.4%. However, as Elliott pressed further demands on Hess’ management, the outlook changed – over the following years, Hess’ stock rose and fell quite dramatically. By 21 February 2020 (before the COVID-19 recession hit), Hess’ shareholders had lost -5.4% from when Elliott entered the picture.

This example is not uncommon, and it raises questions about how changes wrought by activist hedge funds affect the long-term vitality of targeted companies – including years after they liquidate their positions.

The rise of activist hedge funds

Activist hedge funds invest in companies with the intention of influencing their strategies in ways that maximise value for shareholders. Compared to other types of investment funds, activist hedge funds face less regulatory constraint, allowing them to more actively engage the companies they target. They can impose a range of demands on companies’ managers, such as board representation, cost-cutting or refocusing, and redistributing cash to shareholders.

Activist hedge funds are becoming more powerful and increasingly influential. According to data from Activist Insight, 839 companies were targeted by at least one activist hedge fund in 2019, including 21% with market capitalisations exceeding US$10 billion.

Yet, it remains unclear how hedge fund activism affects companies’ long-term sustainability. Extensive research shows companies’ stock prices tend to increase immediately after they are targeted, but evidence is missing about the potential longer-term consequences. Our research fills this void.

The results of our study are based on data from 1,324 companies that were targeted by at least one activist hedge fund between 2000 and 2016. We compared their financial, operational, and social performance with a sample of 7,670 control companies operating within the same timeframe. We further tested our models by matching the targeted companies to 1,324 lookalike companies (based on industry, size and other accounting and financial measures) that had not been targeted. The results, which we now outline, were similar across both samples.

In our sample and in prior research, after being targeted by an activist hedge fund, companies experienced an immediate rise in their value – much like Hess. Our study found a 7.7% uptick in company value in the year following targeting. However, this was short-lived. In the years that follow, the value of targeted companies steadily dropped, falling 4.9% by year four and 9.7% by year five, relative to pre-targeting levels. This reversal shows that existing shareholders short-term benefits from hedge fund activism but are worse-off in the long term.

Figure 1: company value before and after hedge fund activism

After being targeted by an activist hedge fund, the CEO of one of the world’s largest multinationals told us he immediately instructed managers not to work on anything in the next nine months unless it had a direct effect on short‐term profitability. In contrast, investments in environmental and social initiatives often take years to generate financial returns (Bansal and DesJardine, 2014) – and several activist hedge fund managers we spoke to viewed such initiatives as wasteful because of their delayed and uncertain results. With this in mind, we considered whether companies tend to abandon their environmental and social efforts amid pressure from activist hedge funds.

Figure 2: corporate social performance before and after hedge fund activism

As companies come under pressure from activist hedge funds, managers might be tempted to curtail spending in other areas to bolster short-term returns. Hess divested business units and sold other assets, but there are various other areas where managers can cut back.

Immediate and steady job losses were seen at the companies targeted by activist hedge funds. After one year, controlling for changes in company size, average job losses amounted to 4.5%, and grew to 7.0% by year five. Operating expenses also fell, decreasing 4.7% (US$22 million) by year two and 6.6% (US$31 million) by year five. In addition, research and development spending declined by 6% (US$6 million) in the first year and 9% (US$10 million) five years after hedge fund targeting.

These results suggest that when an activist hedge fund buys into a company, its potential long-term value can be rapidly converted into cash that can be distributed among shareholders, including the hedge fund. This creates a clear and immediate spike in company value, but the costs are later felt by other stakeholders, including employees and longer-term shareholders.

At a time when activist hedge funds are gaining power and influence, providing comprehensive evidence on the long-term financial and non-financial implications of their activities is critical.

For policymakers, our results suggest that restraining activist hedge funds can help build more competitive and sustainable companies over the long term. It would be prudent to enforce regulations that require activist hedge funds to hold onto their shares for longer periods of time and penalise them when they sell out early and leave a company worse off.

For corporate executives, it is necessary to anticipate defense strategies for when activist hedge funds come knocking. In almost all cases, activist hedge funds depend on the support of other shareholders to back their proposed interventions. The better executives are at communicating their companies’ long-term value creation story to existing shareholders, the more success they will have defending against short-term interventions.

For investors who care about sustainability, it is worth carefully dissecting one’s investment portfolio. Today, many individuals and organisations are unknowingly invested in activist hedge funds through their pension funds and endowments. Socially-minded investors should ensure their capital is not supporting investment strategies that risk undermining their personal social priorities.

This article summarises the key findings of an article, Disentangling the effects of hedge fund activism on firm financial and social performance, published in Strategic Management Journal by Mark DesJardine and Rodolphe Durand.

For models based on these data that simulate the effects of different types of shareholder activism on targeted companies’ performance and other outcomes, contact Mark DesJardine at desjardine@psu.edu.