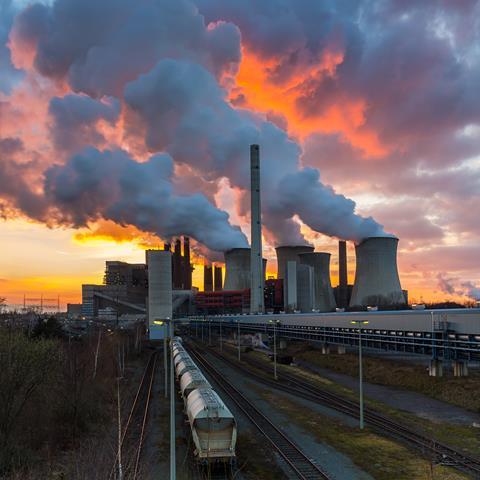 We provide new evidence on what policy makers often call carbon leakage – where firms from highly regulated home countries locate their CO2  intensive activities abroad in countries where environmental regulation is less strict. However, the paper also documents that strict home environmental policies help reduce overall CO2 emissions. Our results indicate that while national regulations can help in the fight against climate change and pollution, there are limits as to how effective they can be individually. Only through concerted action among countries can we ensure that the overall CO2 balance will not increase. If no coordinated effort is undertaken to address climate change, large multinationals will continue to find ways to circumvent strict environmental regulations by exporting their pollution abroad.

The warmest January on record, catastrophic wildfires in Australia, changing ocean currents due to arctic ice melting — new signs of climate change are constantly making headlines. From Germany to Japan, many countries are taking action by adopting stricter regulations designed to curb greenhouse gases from industrial production — generally considered to be the primary cause of global warming. Others, however, are maintaining looser regulations and failing to meet targets set in the 2015 Paris Agreement, designed to collectively combat climate change, while some are withdrawing from the accord altogether.

On the positive side, higher foreign emission levels do not completely outweigh reductions at home. Thus, individual countries can make a difference. However, our findings overall highlight that carbon leakage still exists and that there needs to be collective action to bring down global emission levels further.

Testing this hypothesis, however, has always been a challenge. Prior studies have typically relied on country or industry-level data, mostly without observing actual pollution amounts. For example, several studies correlate aggregate industrial activity and the stringency of environmental laws in home countries compared to foreign countries. Studies that use firm-level data do not observe pollution activities directly and often infer them from other variables such as a firm’s location or manufacturing decisions.

Our study is the first to use direct data on firms’ polluting behaviours to test the PHH and its implications. We used a novel dataset of CO2 emissions to confirm whether firms do indeed pollute more in countries with weak environmental regulations. We have data on almost 2,000 multinational firms headquartered in 48 countries and reports of their CO2 emissions in each country in which they operated between 2008 and 2015. Even though the emission numbers are self-reported, they are frequently audited and used by institutional investors who monitor the firms. We combined this data with information on the stringency of national environmental policies from the World Economic Forum.

Where do large multinational firms pollute?

The first part of our study explores where multinational firms locate their polluting activities. We begin by looking at how foreign and domestic emissions have changed over time. Figure 2 shows the incremental changes of CO2 emission with 2008 as the baseline. Firms steadily increased their pollution exports to foreign countries from 2008 to 2015 while moderately reducing pollution in their home countries.

Specifically, in countries with tight environmental regulations, firms have 29% lower domestic emissions on average. However, these firms also have 43% higher emissions abroad.

The good news is that firms headquartered in highly-regulated countries pollute less globally. The tightening of environmental policies in the home country (a one standard deviation increase in environmental regulation within the sample of investigated countries and firms) is associated with about 15% lower global CO2 emissions overall.

The bad news, however, is that a single country acting alone is unlikely to curb the most damaging effects of climate change. While strict national environmental policies are effective in reducing global CO2 emissions to a certain extent, they also create incentives for firms to export their polluting activities to other countries.

Which firms are the most likely to export pollution?

The second part of the study explores two factors that might make firms more or less likely to pollute abroad: corporate governance and industry type.

This sheds new light on the trade-off firms face between pollution and value. If governance is related to profit maximization and complying with strict home environmental regulations is costly, then we would expect well-governed firms to shift polluting activities to foreign countries. However, this is not the case. Good governance mechanisms, such as strong shareholder monitoring, may dissuade managers from pursuing such short-term solutions and push them toward production with lower emissions. Good governance is generally associated with an investor base that values corporate responsibility practices and puts pressure on management to pursue socially and environmentally responsible goals, including lower emissions.

We next re-examine our main findings by industry type. Some industries are more prone to exporting pollution abroad than others. The heaviest polluters are firms in industries such as electricity, gas, steam and air conditioning supply, air and water transport, and the manufacture of coke and refined petroleum products. When faced with tight regulations at home, the average firm in our study reduces domestic emissions. Instead, firms in pollution-intensive industries do not reduce emissions in their home country and also export pollution to foreign countries twice as much as average firms in other industries do, possibly because of the compliance costs associated with strict environmental policies. Consequently, policymakers might have a greater impact on global emissions if they target these high-polluting industries.

This article was originally published here.