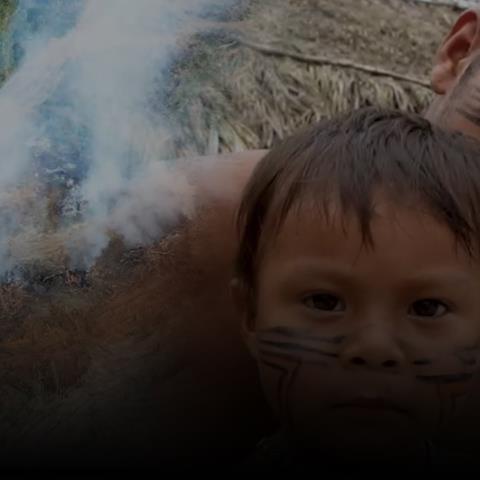 Deforestation rates in the Brazilian Amazon are spiraling out of control. The first quarter of 2020 saw a 50% year-on-year increase in deforestation, continuing a longer-term trend that started in 2012. If deforestation continues unchecked, climate and water cycles will be disrupted regionally and globally, and the livelihoods of its nearly 33 million inhabitants will be threatened.

And while legislation to protect the Amazon exists, its enforcement remains weak, with nearly 99% of deforestation taking place illegally. Adding further legal challenges, a land tenure law proposal which would have legalised more deforestation was recently put forward, and the Minister of Environment recently encouraged the relaxation of environmental regulation.

Cattle ranching is the largest driver of deforestation in the Amazon, and responsible investors continue to be vocal about the systemic and company-level risks this poses. These risks go beyond companies directly involved in clearing land in Brazil, as deforestation at the production level impacts downstream companies’ ability to fulfil their deforestation-free sourcing commitments. Since 2017, the PRI-Ceres Investor Initiative for Sustainable Forests has coordinated collaborative engagement with companies exposed to deforestation risk, and last year’s investor statement on the Amazon fires garnered more than 250 signatures representing $17.7 in AUM. Given the importance of this industry to the Brazilian economy (representing about 9% of its GDP), it is essential to address deforestation risk.

The major Brazilian meatpackers have made commitments to halt deforestation, but despite some progress, they have so far not achieved zero deforestation production. Lack of traceability remains a key concern. Cattle often pass from farm to farm before slaughter, meaning ‘cattle laundering’ can occur where cattle from recently deforested areas is sold on to farms that comply with regulation. Because Brazilian meat packers do not track their supply chain beyond the first tier, they won’t know if deforestation has infiltrated their supply chain.

But deforestation in the Amazon isn’t just an environmental issue – it’s a social one too. Of the 900,000 indigenous peoples in Brazil, the majority of their lands are in the Amazon. Indigenous peoples protect the land, and in turn their livelihoods depend on resources from this land. Indigenous communities have managed their environments sustainably for generations and see a clear connection between the loss of their lands and the marginalisation, discrimination and underdevelopment of their communities. Industry-driven illegal deforestation is threatening their livelihoods, with conflict over resources having caused 300 murders of indigenous people in the last decade.

What can companies do?

Companies that source from or operate in these areas must respect the rights of indigenous peoples. The ILO convention 169, the UN Declaration on the rights of Indigenous Peoples and the right to free, prior and informed consent must be upheld and respected.

Companies should be able to demonstrate that their product comes from areas where sourcing is legal as the lack of transparency and accountability around product sourcing means that illegal deforestation continues to increase, and the rights of indigenous peoples are violated.

Indigenous peoples have the right to determine and establish priorities and strategies for their self-development and for the use of their lands, territories, and other resources. Free, prior, and informed consent must be the principle of approving or rejecting any project or activity affecting their resources. To respect FPIC, companies must conduct meaningful stakeholder engagement with indigenous peoples.[1]

The 2019 Amazon forest fires captured international attention, mobilising stakeholders across public and private sectors to speak out against deforestation. However, “fire season” is a yearly, rather than a one-off occurrence, and is directly driven by illegal deforestation, as the land is deforested first and later set on fire for further clearance. Last year’s fires represented an 80% increase on 2018, and at least twice as much forest land is expected to be burned between July and October 2020. The deteriorating situation has caused several European investors to threaten to divest from exposed companies and even from Brazilian sovereign bonds; shortly after, a call to action was directly delivered to the Brazilian government by a group of financial institutions.

The gravity of the situation only reinforces the need for investor action. More than 45 investors are already engaging with over 40 companies across sectors exposed to commodity-driven deforestation through the Investor Initiative for Sustainable Forests (IISF) – but further action is required. As pointed out by Nara Baré and Dinaman Tuxa[2], the two indigenous peoples’ representatives interviewed at the PRI offices, investors must demand that investee companies:

Research also found that in 2019, the air where most fires took place in the Amazon was on average 53% more polluted than in 2018. The overlap between the COVID-19 crisis, poor air quality, and inadequate healthcare provision is putting the Amazon’s communities in a life-threatening condition.

The COVID-19 pandemic poses a grave health threat to indigenous peoples in Brazil where there are one million confirmed cases and a death toll of over 50,000.

They are disproportionately exposed and vulnerable to the virus due to poor access to decent healthcare and sanitation – and according to figures compiled by the Articulation of Indigenous Peoples of Brazil (APIB), deaths from COVID-19 in indigenous communities have risen from 46 on May 1 to 262 on June 9, a mortality rate double that of the rest of the Brazilian population.

But the virus is not the only worry for indigenous people. Illegal deforestation has also increased during the pandemic, in part due to the decrease in controls and oversight from national authorities. And as illegal miners and loggers enter indigenous territories, they also risk spreading the disease further. These combined threats are a human and environmental tragedy in the making. Investor action is needed now more than ever.