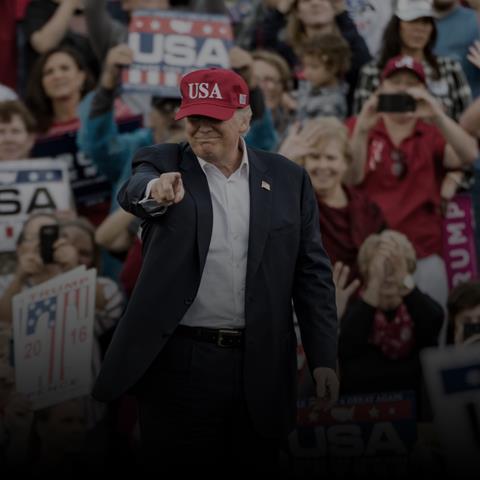 Playing the Trump card: abnormal stock returns and the 2016 election

The 2016 election of Donald J. Trump was a surprise to economic and political systems. Throughout the Trump presidency, much popular debate has focused on potential gains to Trump’s family and business associates. Our new study, Surprise Election for Trump Connections, measures the economic and financial benefits of having a relationship with or connection to Trump. We thus provide insight into the means by which benefits are conferred when connected to the US President. Companies with past connections to Trump had significant abnormal stock returns following the 2016 election (between six and 21-day windows) and continue to benefit in significant and material ways.

A key contribution of our study lies in identifying the effects on connected firms comparatively free of the selection bias prevalent in the political connections literature. In most related work, companies self-select into political connectedness through various means such as campaign finance, lobbying, or meetings with politicians. In our setting, by contrast, companies enjoy sudden and unsolicited presidential ties due to past relations with the celebrity businessman. We are therefore able to identify an average effect with comparatively less bias than existing studies in this vein of inquiry.

Over the past decades, Trump’s business relationships have been publicised in popular media. We built network data for the President based on two sources – news articles and a relationship map assembled by journalists. To ensure our network data is not subject to the above-mentioned selection bias, we limited it to connections forged prior to Trump’s candidacy for the Oval office.

In this study we analysed the immediate and ongoing impact of a connection to Trump among S&P 500 firms. We first assessed the stock market reaction to the 2016 election, focusing on 64 companies that had a direct relationship with Trump or his business empire. Subsequently we examined these firms’ accounting performance, government-awarded contracts, and regulatory enforcement. We also looked at White House visitors under the Trump and Obama presidencies, and measured market reactions to major developments in the Russia investigation (e.g. Robert Mueller’s appointment to Special Counsel; the raid on the office of Trump’s personal attorney Michael Cohen).

S&P 500 firms connected to Trump enjoyed abnormal stock returns of up to 3.7% over a 21-day period following the election. This translated into approximately US$2.5 billion in wealth creation for shareholders. Moreover, during Trump’s presidency, firms in his network also enjoyed higher sales and operating income – by up to 9% above average. Those firms were awarded more government contracts (by approximately one-half), which amounted to around 5% of total revenue. Finally, firms with presidential ties also enjoyed relief from government regulators. During the Trump administration they have been up to 4% less likely to be subject to new investigations, and 7% less likely to make a payment to regulators.

It is unclear whether we would find similar results if studying another president. But these impacts (notably ongoing) are nonetheless vital to better understand the current political and economic climate in the United States. For example, at the time of the appointment of Special Counsel Mueller, Trump-connected firms experienced a small decrease in market value (potentially due to the perceived threat of investigation). We also find that other Russia-related developments (e.g. James Comey’s testimony before the Senate Intelligence Committee, the indictment of Trump’s former campaign chairman Paul Manafort and deputy campaign chairman Rick Gates, the raid on Michael Cohen’s office) failed to elicit a significant market response. While these events incriminated Trump’s associates, they did not directly implicate Trump in any sort of criminal activity. Interestingly, these events were often paired with rhetoric from the administration distancing the President from any individuals under scrutiny.

Our study provides a snapshot of the current US political-economic landscape under President Trump. In short, we find that a connection to the President can open doors to financial and economic benefits. The effects we observe could be either evidence of corruption, or simply reflect the familiarity of the policymakers with some private‐sector companies. An important limitation of our study is that we cannot distinguish between these two alternative explanations – that must therefore be left for future research in this area.