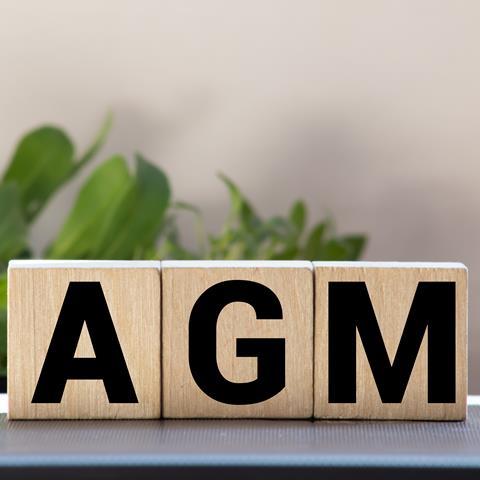 The 2022 AGM season: Which ESG issues have shareholders targeted? 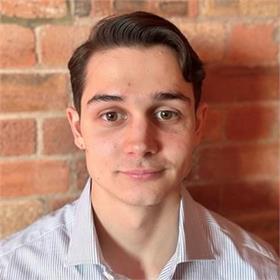 The 2022 season of annual general meetings (AGMs) has delivered on its promise of progress, controversy, and a sense that more action is required. Listed equity investors have demonstrated once again that they are willing to utilise voting to voice their ESG concerns.

The number of ESG-related resolutions being filed has increased. This year a record number of 576 resolutions have been filed, compared to last year’s 499 resolutions (also a record). Many of these resolutions can be found in the PRI’s Resolution Database.

Shareholders have sent a clear message to boards that they will be held accountable for their actions, or lack thereof, with 38 resolutions reaching the 50% threshold at the time of writing.

Whilst shareholder activism is heading in the right direction, the impact the energy crisis has had on the net-zero transition signals a warning that we cannot take the trajectory of ESG successes for granted.

More action is needed to make serious progress on varying ESG issues – more investors must be willing to fight back against short-term narratives and defy managerial recommendations.

Once again, the climate crisis has taken centre stage at AGMs this proxy season. Investors’ concerns about failing to meet the IEA’s net-zero scenario has led to a significant increase in resolutions specifically targeting net-zero emissions reduction goals. Some 68 resolutions addressing emissions have been filed, more than double those filed in 2021.

While this shows promise, there has also been plenty of controversy. Influential proxy advisors ISS and Glass Lewis recommended that shareholders at Glencore and Woodside Petroleum reject the companies’ proposed climate reports.

ISS rejected Glencore’s report in response to “activities around thermal coal”, whereas Glass Lewis took issue with Woodside Petroleum’s dependence on carbon offsets to meet emissions reduction targets.[1] Both reports passed, although a significant proportion of investors at Woodside Petroleum – 49% – voted against the company’s board.

Elsewhere, BlackRock’s investment stewardship division released a bold statement claiming that it would vote against climate proposals that are “implicitly intended to micromanage companies” and instead will favour disclosures that help investors understand how a company is positioned to adapt to climate-related changes. The energy crisis has also dealt a blow to net-zero transition aspirations.

The narrative that the energy crisis overrides pressing climate concerns seems to be holding some sway. In its statement, BlackRock argued that short-term investment in traditional fuel production is necessary to boost energy security. Such concerns have led to an observable decline in investor support for climate proposals at Shell, BP and Equinor compared to similar proposals filed in 2021.[2]

In 2022, the number of racial and civil rights audits has more than tripled, becoming the second-most frequently filed resolution category.

Such efforts have been rewarded, with several proposals passing across varying industries. Early in the season, shareholders at Apple managed to push through a proposal for a civil rights audit, despite a lack of management support. They argued Apple’s treatment of workers suggested an imbalance between its public image and its actions.

Similar resolutions at Johnson & Johnson, Altria Group, Stericycle and McDonalds were all approved. This success demonstrates that shareholder collaboration can defy managerial recommendations, a promising step forward in the fight against social inequality.

For the first time, investors have also expressed concerns at AGMs over legislation that restricts access to reproductive healthcare. Shareholders at Walmart, Lowes Companies and TJX Companies filed resolutions requesting reports on the impacts that such legislation may have on their employees.

Since 2011, US state legislatures have passed more than 600 restrictive laws aiming to challenge access to abortion.[3] These laws not only strip people of their reproductive rights but have further consequences on the workforce. The Institute for Women’s Policy Research estimates that state-level abortion restrictions annually keep more than 500,000 women aged 15 to 44 out of the workforce.[4]

In the absence of a significant government shift – and considering the recent Supreme Court decision to overturn Roe vs. Wade – shareholder activism on this topic will continue to be crucial.

Proposals on varying forms of lobbying remain an area of tension between shareholders and companies. According to the PRI’s Resolution Database, lobbying featured at 56 AGMs (11%) this year.

A resolution on lobbying expenditure disclosure filed at Netflix received a sizeable 60% of the vote. Investors expressed concerns that Netflix’s lobbying activities may contradict its public position.

Resolutions requesting political contributions disclosures have also seen success – those filed at Twitter and Dollar General Corporation passed with 50% and 57% of their respective votes.

Following the success of activist investor Engine No.1 in replacing three of Exxon Mobil’s directors last year, many more investors have proposed proxy access resolutions to allow them to suggest alternative director candidates to boards.

A cost-benefit analysis undertaken by the CFA Institute stated that shareholder proxy access would benefit both the market and corporate boardrooms, “raising US market capitalisation by up to US$140 billion”.

Such arguments have prompted shareholders to file resolutions at Stryker Corporation, Impinj and The Charles Schwab Corporation. Although these did not pass, the increasing likelihood that investors will take such action at AGMs may incentivise board members to improve their consideration of ESG factors in decision making.

This year was also notable for the landmark resolution on tax transparency filed at Amazon. While the resolution only won support from 17.5% of investors, others (Microsoft, Cisco) have since been filed and more resolutions are likely in future.

The US Securities Exchange Committee (SEC) denying Amazon’s request to exclude this resolution was significant. Under President Joe Biden, the regulator has taken a more favourable approach towards shareholder engagement at AGMs, allowing more resolutions to move ahead than under the previous administration. As of March 31, a total of 48 corporate challenges to shareholder resolutions were rejected, compared to 37 in all of 2021.

Shareholder activism this AGM season has sent a message to companies that they will continue to be held accountable for their policies and practises. While managerial influence is being challenged, responsible investors must be patient and persistent to drive forward real systemic change.

In the US, a recent SEC announcement has the potential to change the future landscape of AGMs. As of next year, companies may be required to disclose their GHG emissions to promote more climate transparency. If the SEC proposal passes, shareholders may use the information companies have to disclose to put forward more direct requests at AGMs, such as environmental audits or specific policy changes.

While this represents progress, not everyone has welcomed the news. The ESG arena is starting to become increasingly politicised, with critics unhappy that ESG factors are influencing boardroom decisions. For example, speaking in Houston, former Vice President Mike Pence argued that President Biden was “weaponising” the SEC to undermine fossil fuel companies.[5]

Future presidential elections and the political make-up of the legislature will continue to influence the ESG landscape in the US, and thus, the nature of resolutions being proposed at AGMs.

Outside of the US, there have also been examples of shareholder AGM activity. In Japan, several energy companies have been asked to strengthen their climate commitments, with the nine climate proposals filed receiving an average 18% of the vote, more than double that of environmental resolutions filed in 2021.[6]

It is promising to see investors’ growing comfort in using a broader range of stewardship tools, including shareholder resolutions, to hold companies to account across markets. The trend must continue to ensure we address the most pressing ESG issues and drive positive real-world outcomes.

This blog is written by PRI staff members and guest contributors. Our goal is to contribute to the broader debate around topical issues and to help showcase some of our research and other work that we undertake in support of our signatories. Please note that although you can expect to find some posts here that broadly accord with the PRI’s official views, the blog authors write in their individual capacity and there is no “house view”. Nor do the views and opinions expressed on this blog constitute financial or other professional advice.If you have any questions, please contact us at blog@unpri.org.

[4] IWPR states that its analysis is largely based on survey data where respondents self-identified within the binary choice: male and female. Its research uses the term women to describe people who self-identified as female and assumes that these individuals are directly affected by restrictions on access to reproductive health care. IWPR acknowledges that not all people who can become pregnant identify as women, including transgender and gender nonconforming individuals. The tool’s use of the term women reflects an absence of underlying data on gender identity and transgender status. It is also limited by the absence of information on respondent’s fecundity, reproductive behaviors, and fertility intentions.