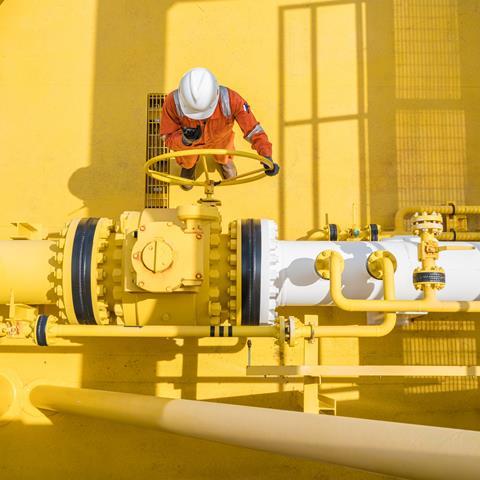 The just transition: a key to unlocking climate ambition 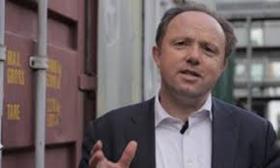 Investors have long known that the climate crisis is “the world’s greatest market failure,” in the memorable words of Nick Stern. Increasingly, they and many others are realising that if decisive action is not taken, then it could also become the world’s greatest source of injustice in terms of its extent and the duration of the damage it will cause for centuries to come.

Pope Francis made this clear at a gathering of oil executives and investors at the Vatican this year, arguing that we need to take action “to avoid perpetrating a brutal act of injustice towards the poor and future generations”.

For world leaders as well as institutional investors, driving carbon emissions down to zero and strengthening communities in the face of fires, floods and droughts is therefore both essential to ensure long-term economic progress, as well as a fundamental question of human justice.

This is the agenda of the just transition, an imperative included in the 2015 Paris Agreement, with a focus to ensure that the interests of workers and communities are fully included in government and business plans to accelerate the shift to a net-zero and resilient economy.

Against a backdrop of stagnant living standards in many countries, concerns about who will bear the burden of change have not just grown, but become magnified, often mischievously by those who want to hold back climate action. Added to this are the wider distributional impacts of climate policies (such as carbon pricing) across society – the trigger that prompted the gilets jaunes protests last year in France.

Over the past year, investor awareness and action to support the just transition has grown significantly. Now more than 140 investors with US$8trn in assets under management have signed an international statement to support the just transition. This builds on an investor guide co-authored by LSE’s Grantham Research Institute and Harvard’s Initiative for Responsible Investment, developed in collaboration with the PRI and the ITUC. The guide sets out how investors can take action in terms of investment strategy, corporate engagement, capital allocation, policy advocacy, and learning and reviewing. The PRI has recently launched a new working group to share experience and take collective action, co-chaired by Ircantec’s Laetitia Tankwe and FTQ Fonds Solidaires Mario Tremblay.

Once on the margins, the just transition is increasingly viewed as essential to ambitious climate action. In the words of the UK’s Committee on Climate Change (CCC): “If the impact of the move to net-zero on employment and cost of living is not addressed and managed, and if those most affected are not engaged in the debate, there is a significant risk that there will be resistance to change, which could lead the transition to stall”.

The speed and scale of the oncoming disruption is also reinforcing the importance of building in a strong social dimension. This was highlighted in the projections in the Inevitable Policy Response (IPR), which forecasts far earlier dates for coal phase-out, electric vehicle domination and zero deforestation than current market consensus. In each case, decision makers in government, business, civil society and capital markets will need to apply a “just transition lens” to ensure both that people are not left behind and that the full potential of the transition for sustainable development is realised.

A focus on bottom-up action

What the just transition means for investors will differ significantly across the world. In the UK, a one-year process of research and dialogue has resulted in a new five-point investor roadmap. A critical dimension that emerged was the importance of place-based action, connecting the investor response to bottom-up needs of different communities and regions. This fits well with real assets and private market strategies, as well as the growing focus on impact investing (including in community assets). In France, the PRI launched a similar process: a French Working Group on the just transition piloted by Orse in collaboration with the PRI, AG2R La Mondiale and Ircantec was launched in May 2019 to identify what the just transition means in the French context.

Already a number of governments are taking action, notably to smooth the phase-out of coal in Canada, Germany and Spain. At the recent Climate Action Summit in New York, South Africa’s President Cyril Ramaphosa announced that the country was finalising a ”Just Transition Plan”, including defining a vision compatible with the 1.5 degree Paris temperature goal. At its heart, will be a novel ”Just Transition Transaction” aiming to mobilise blended finance from the public and private sectors to phase down coal and ramp up clean energy in ways that are positive for workers and communities.

This is likely to be the first of many such systemic interventions which will need strong investor involvement to make a reality of the just transition.

Investors are keen to play their part, translating the high-level aspiration of the just transition into practical steps they can take across their portfolios. One starting point is to develop a clear set of investor expectations of corporate practice, based on existing norms (such as international human rights and labour standards). These could then form the base for granular social metrics and assessment (along the lines of the Transition Pathway Initiative for corporate carbon performance).

Engagement with companies is also a good place for investors to learn about the real-world dynamics and also press for good practices by management. Businesses such as Enel and Orsted are also stepping up with clear commitments on how they will apply strong workplace and community standards in their decarbonisation plans. Investors are already starting to include the just transition in their engagement with companies, notably in the oil and gas, utilities, extractives and construction sectors. Within the Climate Action 100+ initiative, it will play a crucial role as investors increasingly push for clear emissions reductions towards net-zero by 2050.

In the run-up to COP26, when governments need to deepen their climate pledges in line with the science, three priorities stand out.

The first would be for governments to people-proof climate policy, so that the social benefits are maximised and the downside impacts are dealt with ahead of time. All countries should have Just Transition Plans like South Africa.

A second step for governments would be to empower people so that they can influence the shape of the transition both in their workplaces and communities, so it doesn’t just happen to them. Enabling people to respond to the new world of work in a zero-carbon economy will also require fresh thinking on skills and life-long education (not least in connection with the digital economy).

Finally, governments need to work with investors and banks to mobilise the finance, not just in terms of funding for resilience and decarbonisation, but also for skills and education, regional and industrial policy. Here, the role of development banks will be pivotal, particularly in terms of emerging economies where a growing share of high-carbon activity is located. A new generation of just transition bonds issued by development banks and sovereigns could connect the environmental and social dimensions.

The scale of economic transformation that’s needed calls for bold approaches to build trust and confidence. The just transition is one of these, with the potential to support thriving communities and local economies and unlock new levels of climate ambition in the year ahead.