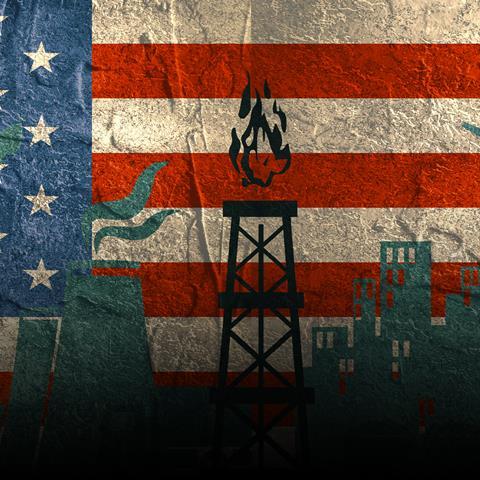 What is blocking the sustainable energy transition in the US? Insights from the Citizens United ruling

Do US states subsidise fossil fuel producers, and if they do, is this driven by the corporate political actions of these firms?

In a recent paper, I show that they do, and that it is – answers that are crucial, given that state legislatures have the potential to shape (or hinder) climate action in the United States.

Using data on state-level subsidies and a change to campaign funding laws, I show that lifting independent campaign finance limits leads to a 229% increase in the number of subsidies granted to the fossil fuel industry.

Increasing climate risks pose a challenge to many countries, including the US, and require urgent action. Switching from fossil fuels such as oil, coal and gas to the renewable energy sources is one of the most effective ways to mitigate the negative effects of climate change. But despite the falling costs of renewable energy, US energy consumption still relies on fossil fuels, and the country lags in energy transition, ranking last in the Climate Performance Index (Germanwatch, 2019).

Given the lack of the federal policies that could drive the transition, attention has been increasingly directed towards the actions of individual US states. State governments have jurisdiction over electricity systems, natural gas infrastructure and clean energy procurement, and can implement ambitious climate policies, such as carbon pricing, emission limits, energy efficiency mandates and cleaner transportation incentives. Many states have engaged in climate action, through initiatives like the United States Climate Alliance.

However, state-level climate progress is often delayed by other mechanisms, namely the subsidies provided to fossil fuel producers by state legislatures. State governments spend billions of dollars on subsidies annually, with a large percentage allocated to the fossil fuel industry (Koplow and Lin, 2012). While Democratic and Republican lawmakers have discussed repealing fossil fuel subsidies, no significant action has been taken so far. Subsidies improve the competitive advantage of the fossil fuels sector, discourage switching to renewable energy and, consequently, inhibit progress on climate issues. As such, it is important to investigate the scale of fossil fuel subsidies in US states and determine what impacts their allocation.

The paper uses data from oil and gas, oilfields, pipelines and coal mining firms collected by Good Jobs First – a policy organisation that tracks federal and state-level government subsidies in the US – to study the pattern of fossil fuel subsidies in US states.

Between 2008 and 2013, the number of subsidies provided by states increased, from 39 to 66 respectively, with 26 states providing some form of fossil fuel subsidy in that period. These findings show that fossil fuel subsidies are in fact common and present across multiple states.

Figure 1: Number of subsidies to the fossil fuel industry

Note: Figure shows the number of subsidies provided to the fossil fuel industry by US state legislatures between 2008 and 2013. Data includes subsidies to oil and gas, oilfield, pipeline and coal-mining firms. Source: Good Jobs First

The abundance of fossil fuel subsidies in US states leads to the second question – what is driving this spending? I address this by focusing on one potential driver – the campaign contributions of fossil fuel producers. The cost of elections in the United States has been continuously increasing and candidates, in order to stay competitive, need to spend more money. Firms are likely to use contributions to influence the subsequent actions of legislators, resulting in a quid-pro-quo relationship (Grossman and Helpman, 2001). In my paper, I predict that corporate political contributions influence the subsidies that fossil fuel producers receive.

Studying the role of money in politics is problematic, however, given the difficulty in establishing cause and effect between political contributions and the political outcomes. To overcome this, I use the change in the campaign finance law, triggered by the 2010 United States Supreme Court ruling in the Citizens United v. Federal Election Commission case. The ruling stated that restrictions on firms’ independent political campaign expenditures[1] violated the free speech right secured by the First Amendment and ordered lifting all existing bans.

Since 2011, unlimited independent campaign spending has been allowed in all US states. Firms can use political groups – political action committees, 527 groups and 501(c) groups – to channel

unlimited amounts of money into the campaigns of political candidates. Importantly, the Citizens United decision affected only 23 states that had to lift bans on independent campaign contributions – the remaining 27 states had never imposed bans on campaign contributions. This enabled a comparison of the pre- and post-ruling incentive-spending pattern in the two groups (referred to respectively as the treatment and control groups).

Note: Figure shows the average amount of independent campaign contributions (in US$ million) spent in the treatment and control states in the 2006, 2010 and 2014 electoral cycles. The figure relies on information for 17 states that have both pre- and post-ruling data available. Source: National Institute on Money in State Politics.

Second, I use statistical analysis to compare the pre- and post-ruling subsidies in the treatment and the control states. Using data for 2008-2015 and controlling for certain state-level characteristics, I find that the Citizens United decision led to a statistically significant increase in the amount of incentive spending to fossil fuel companies. Lifting independent campaign finance limits led to a 229% increase in the amount of incentive spending to the fossil fuel industry. Furthermore, I test if having a Democratic-controlled state legislature reduced the prevalence of state-level fossil fuel incentive spending, and find that partisanship has no impact.

My findings confirm that campaign contributions play an important role in state-level decisions to subsidise fossil fuel producers. Furthermore, they suggest that allowing corporate campaign spending may potentially hinder the uptake of the renewable energy sources. Subsidies for fossil fuel producers aid an industry that is mature and has an abundant private financing stream. Reducing these subsidies could help correct inefficient economic interventions into energy markets, save taxpayers’ money, and reduce the negative social and environmental impact of fossil fuels.