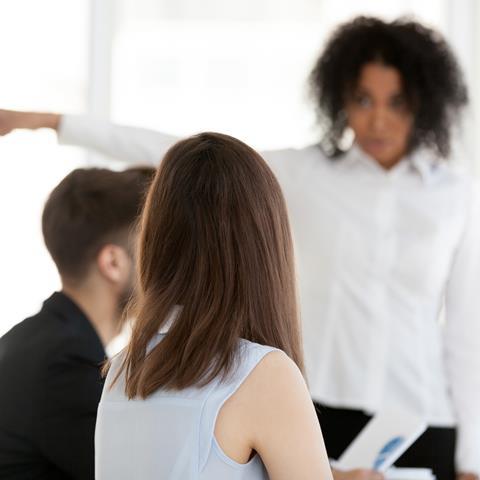 In a working paper, we document that female employees face harsher punishment than men for engaging in the same (undesirable) activity. We term this difference in punishment the “gender punishment gap” and explore this new form of gender discrimination in the workplace. Our evidence suggests that the gap arises because of in-group tolerance by managers, who are more forgiving of missteps among members of their own gender/ethnic group.

One possible reason is that the punishment gap is less likely to draw attention than a wage gap. For instance, when we observe a financial adviser losing her job following misconduct, the appeal that the termination was unfair or discriminatory may sound hollow. In such cases, gender differences may be more difficult to detect, by the legal system and regulators, and possibly by employers, who may be unaware of their own biases.

We examine the gender punishment gap in the context of the financial services industry, where gender discrimination is believed to be widespread. For example, personal financial advisers have one of the largest gender earning gaps across occupations[2], and recent survey evidence found that 88% of women in the financial services industry believe that gender discrimination exists there.[3]

We collect data from the Financial Industry Regulatory Authority’s BrokerCheck website, which contains details on the employment and disclosure history for the universe of individuals registered in the securities industry.[4]

Male and female financial advisers differ somewhat in their job roles and tenure in the industry. However, we find little evidence that the gender punishment gap is driven by gender differences in job roles and tenure. Our rich regulatory data set allows us to control for an extensive number of potential confounders. We compare the career outcomes of male and female advisers who work at the same firm, in the same location, in the same job role, and at the same point in time. Thus, the gender punishment gap is neither driven by differences in the firms that employ male and female advisers, nor is it driven by differences in job roles, such as whether the advisor deals with institutional investors, retail investors, and/or investment banking activities. Differences in production or the nature of misconduct do not explain the gap either. If anything, misconduct by female advisers is on average substantially less costly for firms.

We next turn our analysis to understanding the source of the punishment gap. We find that the gap is substantially smaller in firms with female representation at the managerial and executive level. At firms with no female representation at the executive level, the gender punishment gap is three times larger, relative to the average firm. Conversely, there is no gap at firms with an equal representation of male and female executives/owners. In other words, male executives and managers appear to be more forgiving of misconduct by men relative to women. We use additional novel data on sexual harassment claims filed against the financial advisory firms and find that the gender punishment gap is roughly twice as large at financial advisory firms with a history of sexual harassment. This suggests that the types of firm biases that drive the gender punishment gap might result in other forms of discrimination and harassment.

We extend our analysis to minority men and show that the punishment gap, and patterns of in-group tolerance are not limited to gender. We find evidence that black and Hispanic male financial advisers face a similar punishment gap relative to non-minority financial advisers. Moreover, the punishment gap is lower in firms with a larger share of managers from their ethnic group. These results also suggest that the in-group tolerance we observe is not driven solely by gender-specific factors.

Our research documents a new and potentially costly form of discrimination, the gender punishment gap. The discrimination could be particularly costly because it is less salient and those engaging in discrimination may not even be aware of their inherent biases. Our findings also imply that too many female advisers with tarnished records are purged from the industry while too many fraudulent male advisers remain in the market, resulting in more misconduct. The gender punishment gap could have important long-term consequences for women in the financial advisory industry. More broadly, the mechanisms driving the gender punishment gap in this industry may also be contributing to other gender inequalities, not just in the financial sector, but in other human-capital-intensive sectors.

[4]In previous work, we document that roughly 7% of financial advisers have a past record of misconduct.