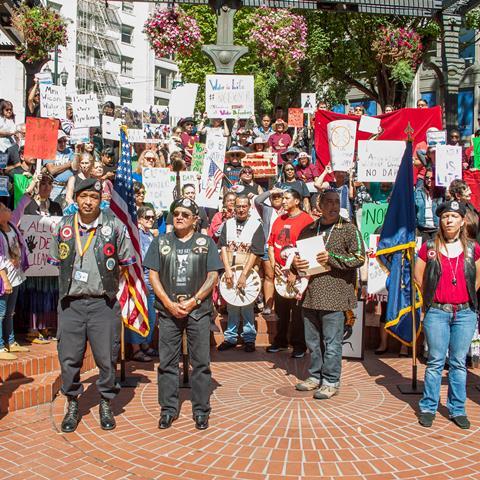 Building the conversation around social issues in infrastructure investing

The US$3.8 billion Dakota Access Pipeline in the US, Melbourne’s proposed US$8.8 billion East-West road link, and the now twice-failed new Mexico City international airport are just three of a number of high-profile infrastructure projects with large capital spends that have encountered strong resistance from civil society, politicians and regulators.

Such resistance can come at a significant financial or reputational cost to investors, whether direct infrastructure investors or managers, or through equity or fixed income positions.

A study of the Dakota Access Pipeline suggested that the main company involved in its construction, Energy Transfer Partners (ETP), and its partners, lost US$7.5 billion as a result of delays to construction and cost overruns. These stemmed in part from protests and legal challenges to the project because of fears over water contamination, damage to Native Americans’ ancestral lands, and a lack of consultation in the pipeline approval process. ETP’s share price fell by 20 percent from 2014 to 2017, when opposition was at its peak. Beyond that, banks involved in the financing of the pipeline faced widespread protests and calls for boycotts by civil society groups. 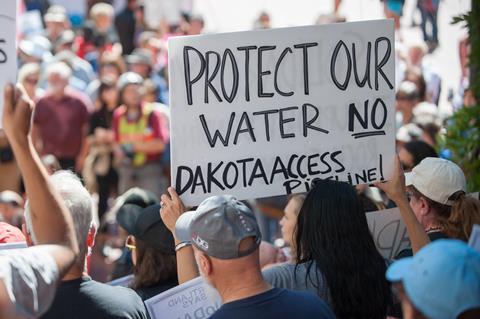 The examples highlight the potential damages caused if project sponsors, investors, developers and operators fail to understand, engage on and manage the social implications of projects. In Latin America, a study by the Inter-American Development Bank (IDB) shows how social issues have led to the cancellation, delay or cost overrun of numerous infrastructure projects in past decades. The study cited deficient planning, reduced access to natural resources (including land and water), lack of community benefits, and lack of adequate consultation as the most prominent drivers of conflict.

And yet, for many infrastructure investors, the social element of ESG has often been the least-considered element of the trifecta. There has been an overriding perception that social issues are harder to quantify, less relevant or less material, except for more high-profile matters such as health and safety and labour relations.

There has been an overriding perception that social issues are harder to quantify, less relevant or less material, except for more high-profile matters such as health and safety and labour relations.

This has been particularly evident in developed markets, despite social (and environmental) impact assessments having long been a routine part of preparation and delivery of major infrastructure projects. However, this has often been approached as a compliance step, to ensure that the project(s) meets regulatory requirements, rather than a complete process through which all potential impacts can be carefully captured and managed.

Based on our recent conversations with infrastructure investors, it is becoming increasingly clear that a more concerted focus on social factors is on the agenda. Some of this is single issue-based – for example, greater recognition of the need for wider diversity in the infrastructure industry. However, there are deeper, underlying issues at play:

These issues are familiar to infrastructure investors in emerging markets, where going beyond compliance on social issues and navigating political roundabouts are central elements of ensuring the long-term success of a project or investment. Perhaps it is time, then, for some of the lessons learned from these markets to be brought to bear in more established infrastructure markets.

And what might this entail? From a process perspective, conducting comprehensive social impact studies, and stakeholder engagement, are critical starting points. This is because issues of concern or opportunities for value-add can be difficult to predict or discern. I worked on a project in Argentina that drew bitter opposition from local wine growers; not because of environmental impacts or loss of land, but due to concerns about the impact on the local labour market – something that a social impact study covering only the minimum legal requirements would not have uncovered. The good news is that there are numerous tools available to support such efforts and then ensure that their findings are properly integrated through a project and investment’s lifecycle.*

However, addressing the underlying issues may require a fundamental rethink of how infrastructure and public services are designed, delivered and communicated. This is where concepts such as sustainable and socially-inclusive infrastructure are gaining traction. To date, much of the work on these areas has focused on how to integrate them into national strategic infrastructure planning.

Private investors also need to be part of this conversation. Improving their processes is one thing, but there should be scope for investors to work with policy makers and regulators in their strategic planning, to ensure that the complexity and impacts of social factors are fully understood and integrated from the outset. Ultimately, this is about driving better projects and outcomes for investors, civil society, consumers and politicians.

Ultimately, this is about driving better projects and outcomes for investors, civil society, consumers and politicians.

While infrastructure investors have recognised that a more concerted focus on social issues is crucial to re-establish and retain their social licence to operate, there is still much to do. In a 2017 poll, 83 percent of the UK population supported the renationalisation of water supplies, and 77 percent backed the same for the UK’s electricity and gas networks. Making the consideration of social issues a deeper and more systematic part of the investment process might begin to stem this tide, and in turn reduce the scale of potential financial, reputational and operational loss.

*For example, see here and here.