Launched in 2015, 35 investors with AUM of US$2 trillion joined the PRI’s collaborative engagement on corporate climate lobbying practices, targeting 21 companies across the following sectors. 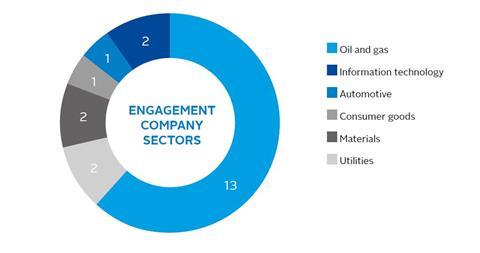 The engagement with companies focused on the following areas: 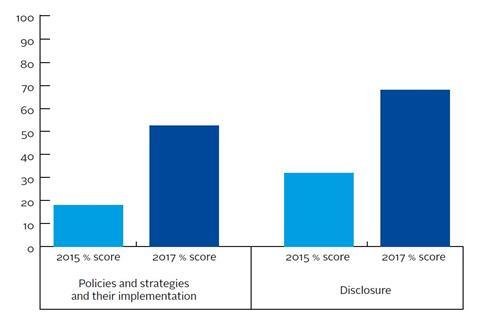 Company responses, publicly disclosed information and data provided by InfluenceMap were used to score the companies in 2015 at the beginning of the engagement and again in 2017 at its conclusion. Results and observations are discussed below.