This report introduces a core component of the Inevitable Policy Response (IPR): the Forecast Policy Scenario (FPS). The IPR is a pioneering programme which aims to prepare financial markets for climate-related policy risks. What is “Inevitable” is some further policy response as the realities of climate change become increasingly apparent. The key questions for investors are when this response will come, what policies will be used, and where the impact will be felt. The IPR forecasts a response by 2025 that will be forceful, abrupt, and disorderly because of the delay.

The IPR: Forecast Policy Scenario (FPS) models the impact of the forecasted policies on the real economy up to 2050, tracing detailed effects on all emitting sectors, including changes to energy demand (oil, gas, coal), transport, food prices, crop yields, and rates of deforestation. Later in the year, the programme will publish detailed modelling of the implications of the IPR FPS for key asset classes. 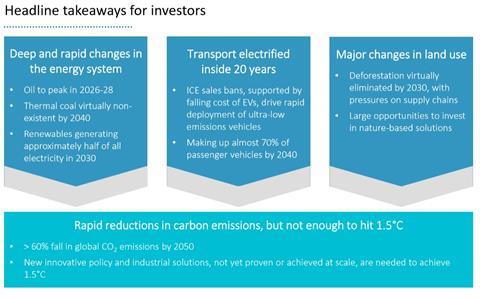 A fully integrated modelling framework from policy to financial markets

Markets today lack a strong basis for pricing climate transition risk, and do not seem to have priced in a forceful policy response to climate change within the near-term. According to the PRI’s own analysis, only 2 percent of its signatories which include the world’s largest investors are “strategic” in their assessment and reporting of climate risk.

This leaves portfolios exposed to significant risk. In anticipation, PRI in collaboration with Vivid economics and Energy Transition advisors have developed the Inevitable Policy Response (IPR) project, which includes:

Fully integrating land-use to ensure the full system impacts of policies, and highlight the critical role of land use

The Forecast Policy Scenario (FPS) reveals a set of striking and highly consequential results for investors and companies.

1. Deep and rapid changes in the energy system 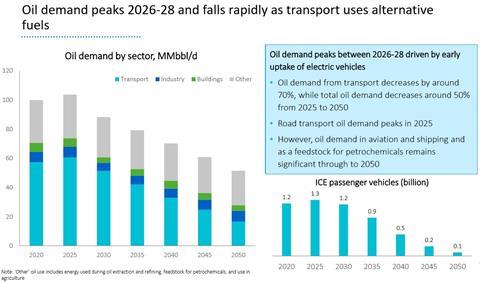 3. Deforestation virtually eliminated by 2030, with forests recovering to 1995 levels during the following decade.

Rapid reductions in carbon emissions, but not enough to hit 1.5C

The Forecast Policy Scenario (FPS) expects rapid global emissions reductions, falling 60% from 2020 to 2050 – putting the world on a path towards 2°C – but overshooting the crucial 1.5°C target advocated by scientists. The project identifies three key limits on progress to 1.5°C:

Continued rising global consumption of ruminant meat (especially beef) despite a shift in diets towards chicken and plant-based options. The persistence of methane and nitrogen oxide from livestock and fertiliser use offsets the positive story of reduction of 631 GtCO2 e in the land use sector against current baselines.

The Inevitable Policy Response (IPR) therefore includes an ‘aspirational discussion’, which highlights the challenges the 1.5°C ambition will need to overcome given current political and technological realities and pinpoints specific areas where stakeholders need to act now to achieve such goals. 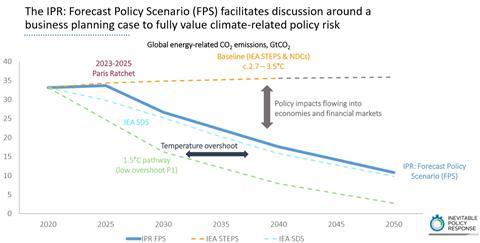