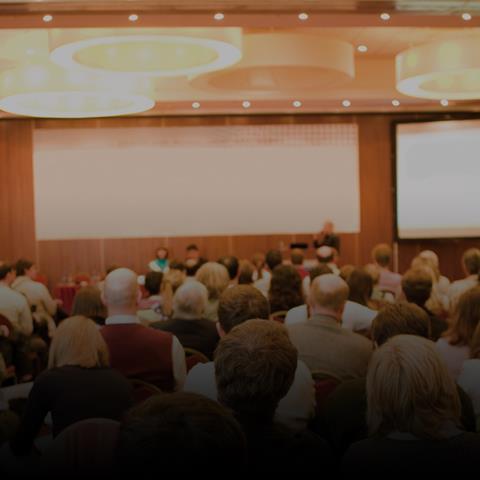 AGM season 2021: an analysis of trends 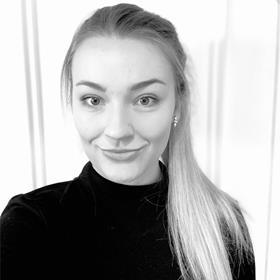 The 2021 AGM season has been eventful, with proposals filed and investor voting policies reactive to the socio-economic impacts of the COVID-19 pandemic. Environmental shareholder resolutions have seen record results and increased shareholder activism; notably a campaign by hedge fund, Engine no.1 at ExxonMobil’s AGM, garnered significant press attention.

This season followed a year which saw the balance stabilise and billion-dollar climate disasters increasingly impact developed nations. Racially motivated violence and a subsequent invigoration of social justice movements globally have forced investors to re-think voting policies on diversity, equity, and inclusion (DEI), putting pressure on corporations to publicly disclose EEO-1 data and complete racial equity audits. The 2020 US presidential campaign set the scene for many governance resolutions concerning lobbying and political donations. Turmoil surrounding the Capitol riots invoked policy change by some companies and increased scrutiny from investors at AGMs. As proxy season in the northern hemisphere draws to a close, it’s time to reflect on the key takeaways.

A record 19 shareholder resolutions received majority support in the 2020 summer AGM season. Furthermore, a report reflecting on investors’ voting practices in 2020 highlighted the significance of gaining the support of the largest three asset managers by AUM: BlackRock, Vanguard Group, and State Street Global Advisors. The report found that 17 additional resolutions would have passed if just one of the big three had voted for them. Investors’ voting policies on ESG issues have faced increased scrutiny. In reaction to this, BlackRock made a significant pledge ahead of the 2021 season to back more shareholder votes on climate change and social issues.

This year, the PRI upgraded a function for investors to pre-declare their voting intentions on the shareholder resolution database. The platform also allows users to provide their rationale for voting policies to enhance transparency and provide an open forum for peers to understand each other’s decision-making processes. As such, next season investors are encouraged to use this as an important tool to support their stewardship process.

A rise in environmental shareholder activism

A key trend in 2021’s AGM season was an increase in support for climate-focused resolutions at big oil firms. Noteworthy votes were held at ExxonMobil and Chevron Corporation where management conceded to ‘Report on climate lobbying’ and ‘Reduce scope 3 emissions’. A campaign led by activist hedge fund, Engine No.1 to appoint independent directors to the company’s board successfully secured three out of four proposed positions. The campaign was supported by three large pension funds as well as BlackRock, which backed three out of the four proposed nominations. Further positive externalities of this success is the public recognition that fiduciaries need to ensure that boards are climate-competent, and the renewed optimism for investor climate action continues to accompany the votes.

Public policy initiatives to build back better following the COVID-19 pandemic and the unprecedented weather disasters in 2020 are thought to have contributed to increased investor awareness on the importance of climate action. This has translated to a significant success this proxy season for environment-focused shareholder resolutions. Stand-out votes were seen at agribusiness Bunge on the soy supply chain (97.97%) - a resolution supported by management. Similarly, 81.2% of shareholders voted against the recommendation of management at materials firm, DuPont de Nemours in favour of As You Sow’s campaign on the recyclability of plastic packaging.

Alongside the events of 2021 AGM season, Royal Dutch Shell lost a precedent setting court case which resulted in an order to slash emissions by 45% by 2030 compared to 2019 levels. The court ruling aligned most closely with only 11.26% of shareholders who voted against the management-filed ‘Shell Energy Transition Strategy’ resolution. Furthermore, a separate shareholder resolution which sought to accelerate climate action and set short, medium, and long-term targets in line with the Paris Agreement gained 30.47% of votes in favour.

This season has also seen an increase in environmental resolutions filed in Japan. Whilst proposals at financial powerhouses Sumitomo and Mitsubishi UFJ missed out on a majority (gaining 20.1% and 22.7% respectively), their filings still represent a growing comfort in Japan to use shareholder resolutions to communicate investors’ expectations of companies.

This year’s AGM season follows the tragic, high-profile killings of George Floyd and Breonna Taylor amongst countless other less publicised hate acts which caused worldwide protests calling for racial equity and social justice. In tandem, governments have grappled with the socio-economic consequences of the COVID-19 pandemic, exposing both racial and social inequities embedded in societies globally. As a result, many investors have updated their voting policies to reflect how racial and social inequities translate into the workplace.

In the US, firms already share ‘Equal Employment Opportunity (EEO-1)’ data with the federal government. This year, 10 resolutions were filed requesting public disclosure of EEO-1 and promotion data and reporting on DEI in order to ensure total transparency and equality of opportunity. Whilst 2021 is not the first year that DEI resolutions have featured in company AGMs, the percentage of shareholder votes in favour has increased from 40.6% in 2020, to a majority 55% this year. Stand-out results of over 80% of votes in favour were seen in both resolutions voted on at Union Pacific, DuPont de Nemours, and IBM.

However, increased favour to disclose EEO-1 and combined DEI data may not reveal the whole picture. A further ten resolutions went a step further requesting specific audits on racial equity; and despite missing out on the benchmark 50% of votes in favour, the resolutions fared well given the strong demand associated with an independent audit.

This year, tech giants Facebook and Amazon have emerged as the largest corporate lobbying spenders with each spending just shy of $20 million in the period from 2018 to 2020, the two years prior to the 2020 presidential election. A recent investigation identified that at least 247 ex-US government officials were hired by Amazon in the past 10 years. This highlighted the importance of shareholders’ requests for disclosure with specific regard to revolving door lobbyists.

Support for resolutions on lobbying has crept up year-on-year since 2017, with resolutions in 2021 averaging around 40% of votes in favour. This rising support could be attributed to growing attention to political donations following the presidential campaign and particularly following the Capitol riots which caused companies to review their approach to political contributions. Despite this, many investors’ voting policies regarding lobbying appear to remain softly worded; only seeking augmented disclosure from a portfolio company should it provide considerably less transparency than its contemporaries.

A glance into the future

2021 saw a significant percentage of votes cast in favour of ESG-related resolutions, and press attention focused on climate-related shareholder activism. However, voting trends analysed across all three ESG pillars have shown growth year-on-year, including 34 majority votes - a significant increase since last year. Particularly noteworthy were those shareholder resolutions that also received a recommendation of vote in favour from management, such as Bunge. The 2021 AGM season has demonstrated an increasing comfort amongst investors to utilise voting as a tool to provide accountable feedback to management. This has been exemplified not only through the traditional filing of and voting on shareholder resolutions, but also through the ExxonMobil board vote, demonstrating additional methods of assertive investor activism.