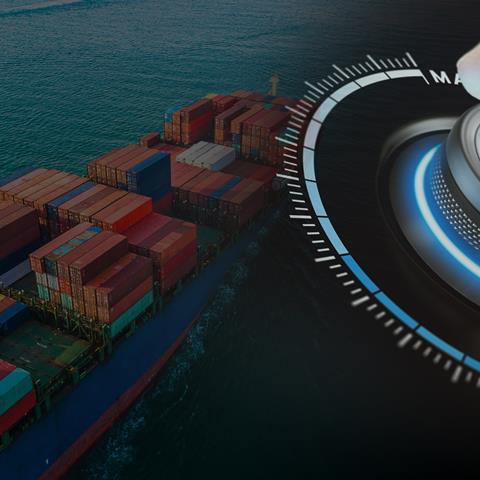 As part of the Inevitable Policy Response (IPR), commissioned by UN-supported PRI in 2018, a key section of the original policy forecasts focused on the development of carbon markets and what are now termed Carbon Border Adjustment Mechanisms (CBAMs). At their core, CBAMs are levies on imports and/or rebates on exports that account for asymmetries in carbon pricing policies across different countries.

As we set out, carbon markets link to CBAMs in two ways:

1. A region or nation with a high carbon price is disadvantaged in terms of competitiveness against another without one, so there needs to be a way of equalising that. Free allowances have been used in the EU Emissions Trading Scheme (ETS) for instance but CBAMs are another approach.

2. The introduction of a CBAM encourages other jurisdictions to establish carbon prices or their equivalent rather than pay the levy or tariff.

In the March 2021 IPR Policy Forecast, IPR maintained our assessment that carbon markets will become more ambitious and widespread. The June International Monetary Fund (IMF) staff note is the latest amongst increasing voices urging policy makers to act and calling for an international carbon floor price.

IPR forecasts that stronger targets anticipated under the EU Climate Law, expected to be enacted in 2021, would raise the prospect of higher carbon prices of US$75 by 2030 in EU countries including France, Germany and Italy – indeed a price almost reached. Further, the US could announce a national carbon pricing system by 2025 and signal a strong carbon price path to reach a backstop of US$65 by 2030.

Carbon markets are particularly important solutions for emissions in industrial sectors such as steel and cement. They are also important sources of finance for nature-based solutions. As laid out in the IPR investor guide to negative emission technologies and the importance of land use paper of 2020, Carbon Capture, Utilisation and Storage (CCUS) is a potential beneficiary, leading to Bioenergy with Carbon Capture and Storage (BECCS).

Clearly, illustrated in the International Energy Agency Net-Zero Emissions by 2050 Scenario (NZE), heavy emitting industrial sectors need significant carbon prices. IEA NZE CO₂ prices are higher than IPR in 2030, therefore IPR prices will have to increase further in 2040 and 2050 to drive the same amount of change.

The logic for linking carbon markets to CBAMs is compelling and it is no surprise that the EU is leading the way in both discussion and developing ways of implementing them. IPR will publish an analysis of the details in July 2021 following the official release of the regulations.

While CBAMs are complex in terms of structure and implications for trade agreements under the World Trade Organisation, the EU needs to develop a mechanism that protects its heavy industries from unfair ‘carbon competitiveness’ as EU carbon prices rise and the free allowances, that were granted to heavy industry in the ETS, run down over 2025-30. CBAMs would do just that and could prove to be more impactful than free allowances.

“It’s a matter of survival of our industry. So if others will not move in the same direction, we will have to protect the European Union against distortion of competition and against the risk of carbon leakage,”

As alluded by Timmermans, if all major economies introduced carbon prices equal to the EU, there would be no need for CBAMs. But that looks some way off and indeed the threat of introducing CBAMs could help usher in such a development in carbon prices.

So far, the Biden administration has been cautious in their approach to the topic:

“Secretary Kerry recognizes that border carbon adjustments are a tool that can, under the right circumstances and if designed properly, be useful in advancing climate action,”

the Wall Street Journal quotes a US State Department spokesperson.

On the other hand

John Kerry, US president Joe Biden’s climate envoy, has also voiced concerns about the EUs plan, previously stating CBAMs should be a “last resort.” Kerry has urged the EU to wait until after the COP26 Climate Change Conference in Glasgow in November, according to the Financial Times.

The logic here is somewhat reversed as the US Federal Government does not have a carbon market per se. However, we expect a push towards establishing one by 2025. Our assessment is that any carbon tax or pricing proposal would be highly unlikely to pass the US Senate without accompanying CBAMs.

Meanwhile, China has been highly cautious about CBAMs saying they look protectionist:

“Tackling climate change is a shared responsibility … and should not become a geopolitical bargaining chip or used to attack other countries (or impose) trade barriers,” President Xi told France’s Emmanuel Macron and Germany’s Angela Merkel on the sidelines of a virtual climate summit in April, reported by state owned broadcaster CCTV.

China’s carbon price will also rise as policies to deliver net zero are introduced, and it too will have an interest in not being undercut by more carbon intensive competitors. The EU will need to engage closely with China, the US and countries in the developing world to explain the rationale for CBAMs and to take account of their perspectives.

There is a strong view among some policy experts that while carbon markets are to be welcomed, the EU uses CBAMs as more of a threat to encourage the establishment of carbon markets with robust prices, or equivalent policies in terms of emissions impacts, in multiple jurisdictions.

However, the EU must address its own competitiveness issues. In addition, the US should be looking into carbon markets. China also should be firming up its carbon markets and prices.

In all this, CBAMs in practice rather than just as a threat are likely to find a place in the policy mix. At IPR we continue to forecast that they will be part of the acceleration of policy as we look to the coming 2023 Paris stocktake and then the 2025 Paris ratchet.