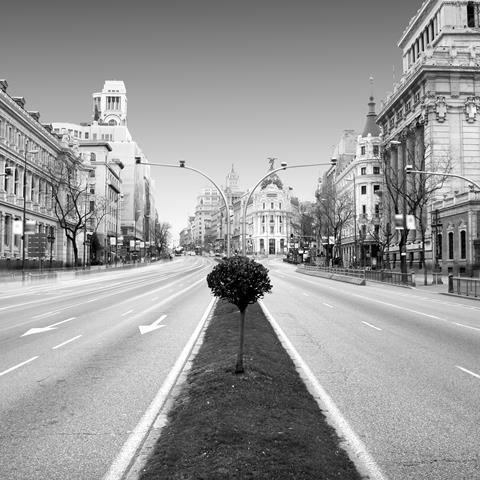 COVID-19 is a wakeup call for society, governments and investors. A global viral pandemic like a corona virus was a known potential risk whose impact was (and remains) hard to forecast. Beyond its terrible global health impact, this crisis is an additional call for action on climate change and a warning that we should continue to prepare for the inevitable. This underscores work commissioned by the PRI called the Inevitable Policy Response (IPR). IPR sets out a set of forecasted forceful policy responses to climate change announced by 2025 and their impact on the key sectors of the economy and asset valuations.

In terms of a potential direct link between this crisis and climate change, according to the United States Agency for International Development, “nearly 75 percent of all new, emerging, or re-emerging diseases affecting humans at the beginning of the 21st century are zoonotic” — meaning they originate in animals. These include Aids, Sars, H5N1 avian flu and the H1N1 flu.

“More and more wild animals, which may have carried diseases without effect for years, are coming into contact with humans, often because of deforestation”. While written some years ago, the current scientific view is that COVID-19 might well have jumped the species barrier.

Climate change is impacted by deforestation. As Aaron Bernstein, at the Harvard School of Public Health in the US has noted, the destruction of natural places drives wildlife to live close to people and climate change, accelerated by deforestation, is also forcing animals to move — “That creates an opportunity for pathogens to get into new hosts.” Averting future pandemics could act as further spur for policy action on climate change

COVID-19 is an abrupt physical world impact event. Further significant climate impacts, inevitable if not mitigated, are often seen as more gradual, and long term. While COVID-19 will reduce GHG emissions in the short term this will not solve the climate issue. Climate impact events are similarly unpredictable in terms of when they will occur, but droughts, crop failure, floods, storms and heatwaves could very well create shocks similar to COVID-19 – sudden, seasonal and experienced dramatically on a localised level. The need to prepare for and mitigate against dramatic climate change is being driven home by this pandemic. But alongside the health crisis is also the market crisis brought by COVID-19 – revealing the impact of regionalised shocks rippling through our global and interconnected supply chains and financial markets.

IPR specifically focuses on a climate policy-induced financial market event by 2025 with expectation of further policy action thereafter. Physical impacts due to climate change would either hasten or deepen the policies and their impacts on financial markets. The IPR also sets expectations for a further wave of policy in the 2030s as the 2025 response does not get emissions even close to the safe temperature level of a 1.5ºC rise above industrial levels – it’s only the start towards that. That second policy response, if combined with ever increasing physical impacts, could be far more stringent and financially impactful. In other words, as with the COVID-19 pandemic, it remains true that the sooner governments prepare and act, the better the (financial) outcome.

COVID-19 is creating structural shifts that require understanding regarding how economies evolve after it is overcome, when lockdowns end and stimulus packages take their full effect. Major structural shifts in capital are also precisely what we are forecasting in the Inevitable Policy Response to climate change. Although there is a significant difference in the overall economic magnitude of impact between a sudden forcing of millions into unemployment and shutting down of large parts of the economy, as opposed to a pre-emptive set of climate policies, the likelihood of major market volatility exists due to an inevitable policy response to climate exists. For instance, the IPR Forecast Policy Scenario expects a significant and structural drop in oil demand – so that in total the impact on oil and gas companies throughout the world may not be far off the re-valuation we have seen this year.

Some commentators feel the fossil fuel industry may never recover from COVID-19 due to financial strains and the continued effect of long-term declines in the costs of electric vehicles and renewable energy and changes to consumer preferences such as long-haul flight demand. Indeed, while Covid19 is very much a reminder of how markets become highly volatile around events it might also have started the long-term erosion of value in exposed sectors that IPR forecasts.

At the same time, the announced stimulus packages tackling the economic impacts of COVID-19 are critical to the policy forecasts of IPR and timing. It is important to remember that IPR only expects policy action by 2025 as the likelihood of aggressive action in the short term was deemed low. So far, most government and central bank action has been at an emergency and liquidity level – keep the economy afloat, or as Australia is saying: create a bridge across the shutdown. However even these emergency packages can have climate consequences such as propping up old technologies like coal power that already were in or on the verge of economic trouble before COVID-19 hit.

This further loads up transition risk and should be avoided. This is especially true in China, where there are rumours of a further push to construct more coal power. Many commentators now expect further “stimulus” type packages later this year with a longer-term focus. Backing new and green industries will be a fight on that agenda – and the IPR work to model equity impacts shows the financial market value at risk of getting these long-term policies wrong. Stimulus packages could be catalysts for earlier climate action over the five-year time period envisaged in the IPR – rather than increasing climate-related financial risk which will be harder to mitigate later. It is crucial for investors to make their voice heard about the sustainability of stimulus packages; the outcome is in the balance. The more they prop up the old world the more importance comes on the 2025 Paris Ratchet time frame.

As Mark Carney says in the FT: “After the Covid crisis, it’s reasonable to expect people to demand improvements in the quality and coverage of social support and medical care, greater attention to be paid to managing tail risks, and more heed to be given to the advice of scientific experts. The great test of whether this new hierarchy of values will prevail is climate change. After all, climate change is an issue that (i) involves the entire world, from which no one will be able to self-isolate; (ii) is predicted by science to be the central risk tomorrow; and (iii) we can only address if we act in advance and in solidarity.”

IPR’s research this year will be focusing on these developments in a major update of our policy forecasts. But one thing is for sure: investors, corporations and governments cannot afford to think of global systemic disruptions like pandemics or climate change as distant or unlikely – rather they should prepare today for the inevitable.

The partnering organisations of IPR, including the PRI, encourage all signatories to consider how they can incorporate both the IPR and the PRI’s COVID-19 engagement bulletin into their own response to COVID-19.